11 women who made automotive history

In recognition of International Women’s Day Hagerty recognises 11 pioneering women who helped shape automotive history as we know it today. It is part of a series of stories shining the spotlight on girls and women driving change in the automotive space.

Odette Siko – The first woman to race Le Mans
Odette Siko made motorsport history as the first woman to race the Le Mans 24 Hours on the 21st June 1930. Competing alongside Marguerite Mareuse in a Bugatti T40, they made it home in seventh position – a result that’s yet to be beaten by an all-female team. In 1932 she claimed fourth spot overall and class win aboard an Alfa Romeo 6C 1750 with Louis Charaval – another record finish for a woman that still stands today. 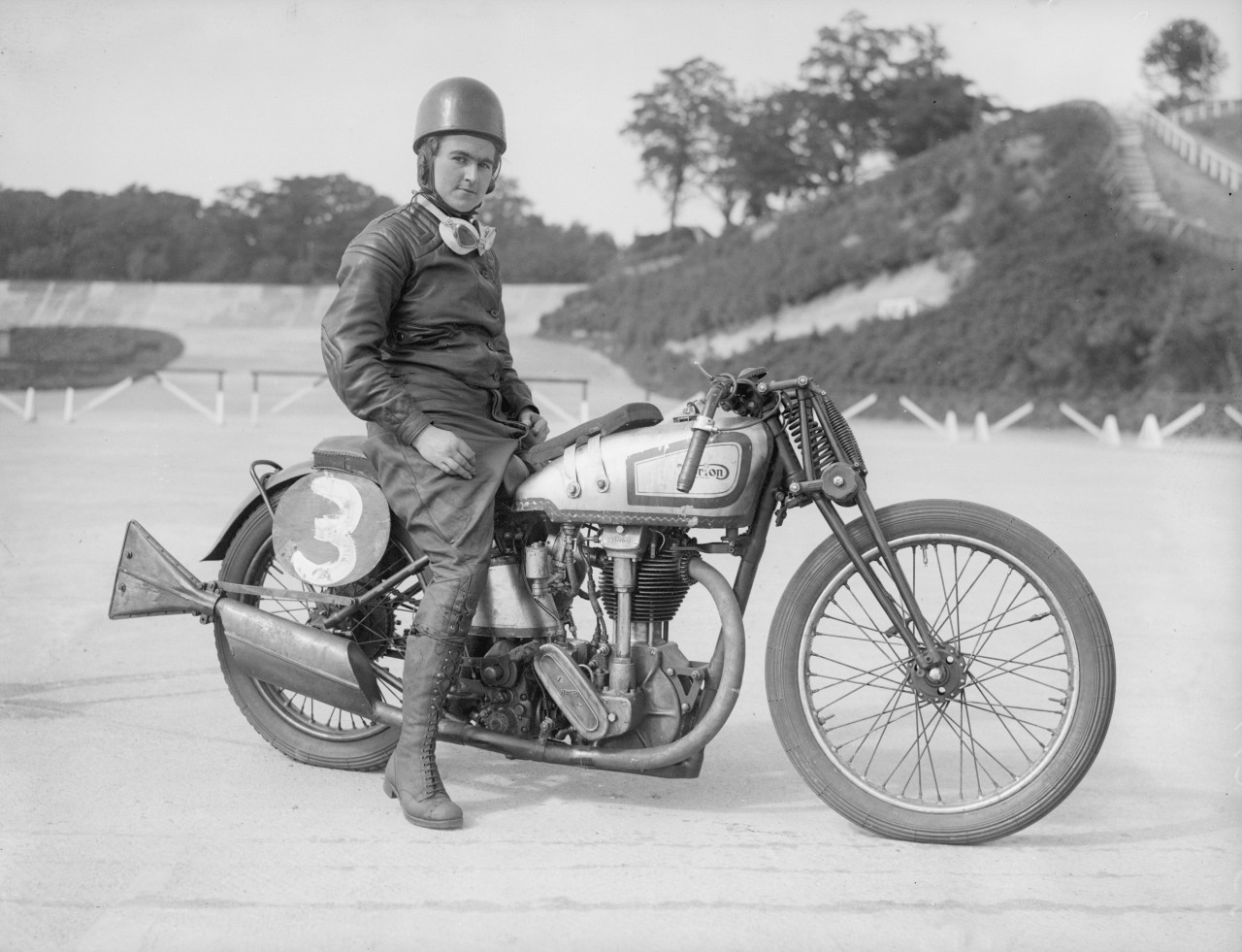 Beatrice Shilling – Engineering genius, motorbike racer and World War Two hero
Beatrice Shilling’s story is one of two wheels and wings. In 1932, when she graduated from the University of Manchester with an honours degree in engineering, she was listed as ‘Mr’ on her student record card, female titles were not yet a recognised option. In 1934, she became the second woman to be awarded a Brooklands Gold Star when she recorded two laps at over 101mph, and later became the circuit’s fastest female racer ever with a lap speed of 106 mph.

When World War Two broke, Beatrice was working for the Royal Aircraft Establishment. Her invention of a restrictor valve that prevented RAF Spitfires and Hurricanes from stalling and falling from the sky during steep dives, saved the lives of many pilots, and arguably helped win the Battle of Britain.

Dorothée Pullinger – Engineer and entrepreneur. Designed a car for women, built by women
Dorothée Pullinger made room for women in a man’s domain, and designed a car fit for them too. She’d been refused entry to the Institution of Automobile Engineers on the grounds that “the word person means a man and not a woman” – a decision that was later reversed.

By the early 1920s Dorothée was manager of Galloway Motors, a car factory run by a female workforce that adopted the colours of the suffragettes. An on-site engineering college offered women apprenticeships that lasted three years, rather than the usual five for men, because it was believed women were faster learners. Dorothée designed and developed the Galloway – the world’s first car specifically for women. Gear levers were placed inside rather than outside the car so that they were easier to reach, the seat was raised, storage space was added, the dashboard was lowered, and the steering wheel was smaller. It was also one of the first automobiles to introduce a rear-view mirror as standard.

Dorothy Elizabeth Levitt – First British female racing driver who set records and taught royals how to drive
Hackney-born Dorothy Elizabeth Levitt was described as “the fastest girl on earth” when she set a new world speed record for women of 91mph. She did it in a six-cylinder Napier during a speed trial at Blackpool in 1906. Three years earlier she had been garlanded with the title of Britain’s first female motor racing driver, and also set the world’s first water speed record when she achieved 19.3mph in a 40-foot steel-hulled, Napier-engine speedboat. In 1905, the Londoner set another record, for the “longest drive achieved by a lady driver” for a return journey to Liverpool from the capital. Her accomplishments made her a media sensation. In her 1909 book, The Woman and the Car: a Chatty Little Handbook for All Women who Motor or Want to Motor she advised women to carry gloves, chocolate, and a revolver in the drawer under the driver’s seat.

Margaret Wilcox – Invented the car heater
For early adopters of the motorcar, driving was open-air enjoyment in its purest, and for some months of the year, frostiest, form. On the 28th November 1893 Margaret Wilcox patented a solution: the world’s first in-car heating system. It took decades for car makers to warm to her idea, which was considered a luxurious optional extra even when fully enclosed bodywork and glass windows became more widespread, but finally, in 1929, the Ford Model A became the first vehicle to offer in-car heating at the point of manufacture. For Margaret, the design also represented a turning point in her career as an inventor; it was the first to be patented in her own name rather than her husband’s, a practice which had been law in the United States until 1809.

Helen Clifford – London Transport’s first female bus mechanic
The big red double decker bus may keep London moving, but Helen Clifford was the first woman to officially be responsible for keeping them on the road. In 1983, at the age of 18, Helen qualified as London Transport’s first female bus mechanic after completing a course at West Ham garage. Up until then, there had been two brief periods when women were called upon to take on a range of typically male duties in stations, garages, engineering works and depots. Helen was also a qualified bus driver, a role which was opened up to women in 1974.

Mary Anderson – Inventor of the windscreen wiper
You can see clearly now because inventor Mary Anderson spotted a problem that needed solving, to clear ice from the windscreen a driver had to open the window, chilling the cabin in the process. Mary’s solution was a spring-loaded arm with a rubber blade that would move back and forth across the glass to wipe it away. The design patented in 1903 but Mary’s invention wasn’t an instant hit with car companies, who believed it would distract drivers. She never profited from her invention. 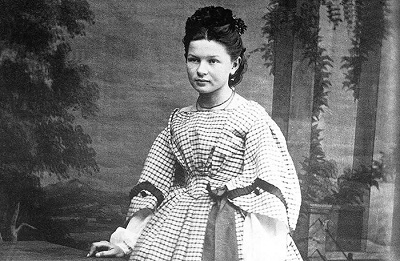 Bertha Benz – Pioneer of the long-distance car journey and inventor of brake lining
Bertha Benz is the original road tripper. Early one August morning in 1888 she set off in her husband’s car, without permission, spare fuel, or a map, to make the 106km journey from Mannheim to Pforzheim in Germany. Her husband was Karl Benz, and the car was the world’s first. Karl was convinced his invention wasn’t ready for the open road, but Bertha believed it was ready for the world, and that the world was ready to see a woman setting its new course. When she ran out of fuel, she purchased ligroin (a petroleum-based solvent) from a pharmacy in Wiesloch – now considered the first petrol station in history. When the engine overheated, she used water from ditches and streams to cool it. When a fuel line became blocked, she cleaned it with her hat pin. She even used her garter as insulation material and paid a cobbler to cover the brake shoes in leather and in doing so invented the world’s first brake lining.

Pat Moss – World leading rally driver
“What she managed to do was amazing, actually,” said Sir Stirling Moss, when asked about his younger sister Pat. High praise from a man who was not noted for his championing of women in motorsport. Pat built her formidable reputation on outright wins and podium finishes at international rallies throughout the 1950s and 60s. Her maiden event took place in 1953, when she competed in her Morris Minor convertible at the age of 18. She went on to be crowned five-times European Ladies Rally Championship winner and the Coupe des Dames on the Monte Carlo Rally eight times, she also won the gruelling 1960 Liege-Rome-Liege Rally in a fearsome Austin Healey 100/6 and went on to finish second at the Coupe des Alpes. Her biggest achievement was winning the Tulip Rally in 1962 in the newly introduced Mini Cooper.