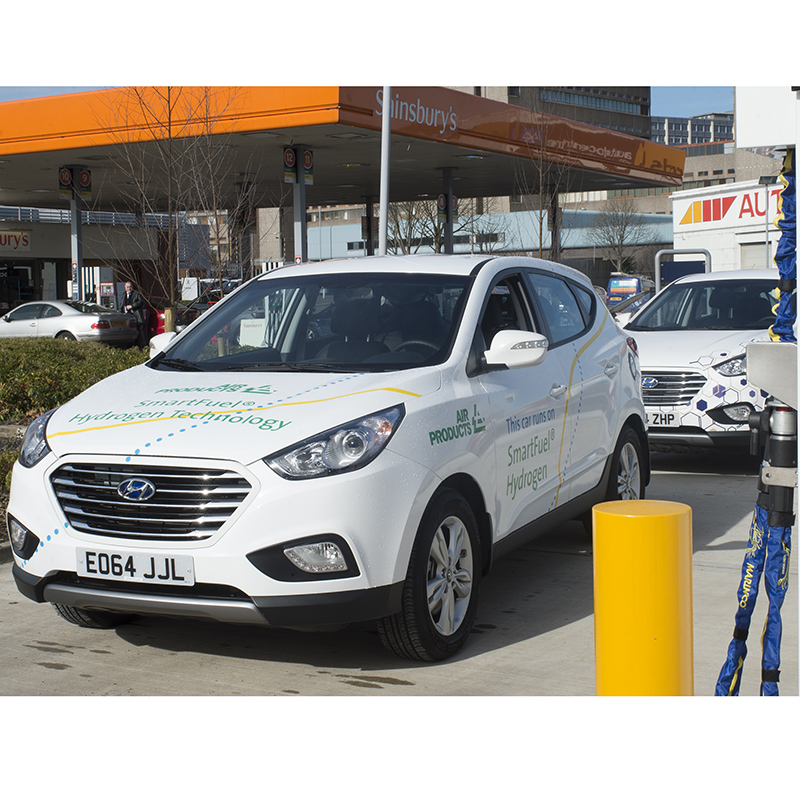 Kick-starting a public hydrogen refuelling network in London, the flagship SmartFuel dispenser is hosted by Sainsbury’s, one of the UK’s largest grocers, at its Hendon store.

Owned and operated by Air Products, this latest addition strengthens an existing network of hydrogen stations operating in the Capital, including a newly upgraded, publicly accessible dispenser at Heathrow. Together these stations continually meet demand from a burgeoning number of hydrogen-powered fleets ranging from taxis to delivery vans and a number of Hyundai ix35 fuel cell cars.

As the commercial roll-out of hydrogen vehicles nears, the parallel implementation of fuelling infrastructure will enable the UK to take full advantage of the technology’s benefits. The new station is a great example of how using hydrogen as a transport fuel can help power London’s low carbon future.

“Encouraging people to consider and ultimately choose hydrogen as a transport fuel is an important part of London’s progression towards a low carbon future,” commented Diana Raine, LHNE Co-ordinator and Air Products’ Hydrogen Energy Business Manager. “By working with responsible partners such as Sainsbury’s and providing networks of fuelling stations in convenient locations, we will be able to offer the public a real alternative to petrol.”

Not only can hydrogen fuelling technology play an integral role in reducing CO2 emissions but it can also improve air quality and combat climate change. Drivers benefit from a quieter and more comfortable driving experience due to the quiet operation and smooth acceleration of hydrogen fuel cell vehicles. There’s also little sacrifice to transport performance with refuelling taking less than three minutes and hydrogen powered vehicles offering the same range and speed as conventional vehicles.

The 700-bar SmartFuel station at Hendon is being delivered as part of an important vital project aimed at creating the UK’s first hydrogen transport system. The London Hydrogen Network Expansion (LHNE) project, backed by UK government, is co-funded by Innovate UK. 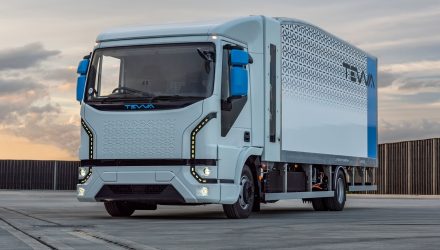 Alternative fuel experts at Luxfer Gas Cylinders are celebrating the launch of the UK’s first mass produced hydrogen-electric truck, in a historic milestone that is the result

Element 2 is partnering with Exelby Services to open