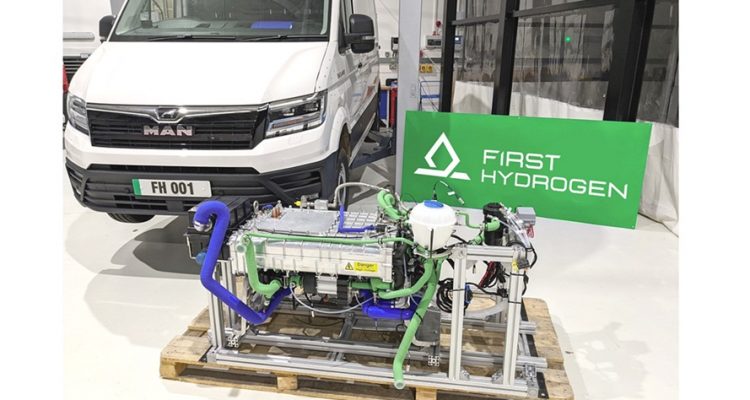 First Hydrogen has said its fuel cell-powered demonstrator vans with an estimated range of 310 miles will begin operational testing next month.

The MAN TGE-based vehicles, which come with Fcgen-LCS hydrogen-powered fuel cell and hydrogen tanks, are expected to be road legal by September, after which trials with major fleet operators will get underway.

The vans, currently in production with AVL Powertrain UK, have a WLTP range of more than four times greater than a base EV with the same maximum speed, while refuel time is about five minutes. 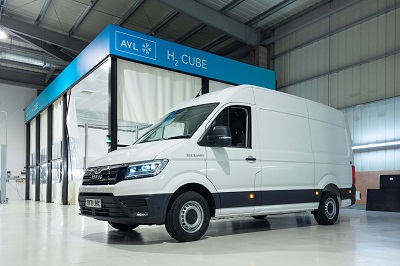 First Hydrogen said the fuel cells and hydrogen tanks, which were developed and built by Ballard Power Systems, have been integrated without any impact on the customer features of the van, such as interior space and load height.

The company, which launched in 2007 and is based in London and Vancouver, specialises in zero-emission light commercial vehicles, green hydrogen production and distribution, and carbon dioxide extractor systems.

It is currently developing technology to enhance refuelling capability alongside FEV Consulting GmbH, the internal automotive consultancy of FEV Group of Aachen Germany, and it is exploring opportunities in green hydrogen production and distribution in the UK and elsewhere.

Steve Gill, CEO of First Hydrogen Automotive, said: “We chose to start by developing road-legal demonstrators using a donor platform that will enable customers to see, feel and experience the benefits and operation of a hydrogen propulsion system in a familiar set-up and compare it directly to an EV.

“This platform and design allow us to bring our product to customers in a much shorter timeframe.”