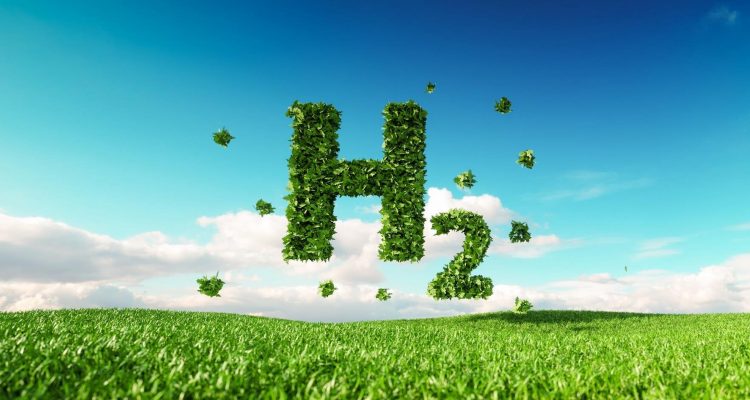 Battery driven electric trucks, despite the hype, have their limitations, mostly range and the time to charge the batteries making them unsuitable for long haul transport.

The long haul solution for most truck makers is hydrogen cells. Volvo and Mercedes-Benz have prototype hydrogen cells heavyweight tractors and expect volume production within a decade or less. Chereau is working through its Road collaboration project with companies to develop a hydrogen-powered refrigerated trailer.

Chereau is a member of the French Association for Hydrogen and Fuel Cells and is involved in various projects to set up the sector. The aim is not only to offer new hydrogen vehicles for customers, but also support projects to set up hydrogen stations. It’s project, H2Coldchain, aims at transforming the largely diesel-based cold logistics chain into a fully decarbonated chain using green hydrogen.

Chereau sees potential to use the large surface area of most industrial buildings to power hydrogen production. Though this, “it is possible to overcome the short- and medium-term limitations of the network of consumer recharging stations in operation or planned to date, and to accelerate the implementation and growth of the industrial project for the production and sale of semi-trailers and refrigerated trucks powered by hydrogen energy,” Chereau says.

It project aims both to get volume production of hydrogen systems in refrigerated trailers and to deal with all the blocking points for hydrogen production. “Indeed, the deployment of 1) the production of green hydrogen 2) the distribution of hydrogen 3) the production and sale of hydrogen-powered refrigerated semi-trailers and tractors, should act as a catalyst to initiate the hydrogen-powered cold chain market, and enable even faster and more extensive industrial deployment in the future,” said Damien Destremau, president of the Reefer Group and Chereau.

“We are already engaged in the energy transition. It is embedded in our corporate values and our actions: hydrogen-powered refrigerated semi-trailer, a world premiere; support for Energy Observer; commitment to a neutral energy balance at our Ducey site in 2025… But this is not enough. We still need to accelerate and federate, because if we want the world to change, more of us need to get involved. In mid-April, in response to the call for expressions of interest issued by the French government, we proposed a hydrogen cold chain logistics project called H2Coldchain. This project has received many letters of support. So, I am also launching an appeal: food and pharmaceutical manufacturers, temperature-controlled transporters, distributors, join us! Let’s totally decarbonize our industry by 2030, it’s possible, the technologies are ready,” Destremau, said. 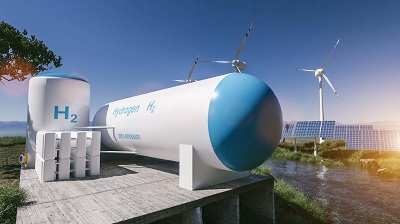 China is the world’s largest producer and consumer of hydrogen and has set up 30 green hydrogen plants since 2019. It already dominates the market for hydrogen fuel cells. Last year, its production of hydrogen vehicles increased by nearly half to 1,777 units, according to the China Auto Association.

Hydrogen is the most abundant element in the universe and was first used as an energy source in 1804 when Swiss engineer François Isaac de Rivaz developed a hydrogen-powered combustion engine by extracting the element from water via electrolysis.

Today, hydrogen made with coal and gas is widely used to produce methanol for plastics, reductants and ammonia, a key ingredient for fertilisers and diesel. But it is dirty: black and grey hydrogen, as they are known, release 800 million tonnes of greenhouse gases annually – about the same amount as Germany. The environmentally acceptable solution, green hydrogen, uses renewable energy such as wind and solar to power electrolysis to extract hydrogen from water, leaving only vapour.

Hydrogen ignites more easily than petrol or gas and has role in decarbonising hard-to-electrify industries like shipping, aviation, steel- and cement-making.

The term “hydrogen economy” was coined by US academic Lawrence Jones in the 1970s The potential for a hydrogen economy has faded and resurfaced repeatedly, along with new inventions to harness it, over the last half-century. The 2009 New Holland Agricultural unveiled the world’s first hydrogen-powered tractor. Trials showed it could perform all the tasks of the manufacturer’s diesel-powered tractors only with zero emissions and in near silence. But it was never commercialised.

Hydrogen has come and gone several times because the technology has not been ready. Despite its vast potential, less than a percent of global hydrogen production is green, according to the data and statistics website, Statista. The closest thing to a green-hydrogen plant in operation today is Air-Liquide’s 20-megawatt, low-carbon electrolyser powered by hydroelectricity in Canada.

But between December 2020 and August 2021, the number of green hydrogen projects increased more than three-fold, according to Statista. It forecasts green hydrogen production will climb from current levels of less than one metric tonne per year to 160 million tonnes by 2050.

However, cost is still an obstacle. Large-scale electrolysers are still too inefficient and too few and far between, and enormous increases in wind and solar energy production are required to bring down input costs. The current retail price of green hydrogen is $5.50 to $6 a kilogram, according to ICRA, a credit rating agency in India – more than double the retail price of gas or diesel. Hydrogen fuel cells are also considerably less energy efficient than chargeable battery electric vehicles, which is why some environmentalists consider green hydrogen a distraction from electrification.

“There are some industries that currently burn fossil fuels that will be very hard to electrify like steel production and cement production. For these, it could make sense to burn green hydrogen,” Greenpeace EU spokesperson John Hyland said.

“But it makes no sense to burn hydrogen in city buses or your building’s heating system when electrification and energy savings will successfully decarbonise these sectors. There’s also a danger that the over-use of hydrogen in Europe will also lead to massive imports of green hydrogen from North Africa, where the production would use a lot of renewable electricity that would otherwise be helping to decarbonise local economies.”

Green hydrogen is no silver bullet, but it is a fuel of the future most especially once you get to big engines such as ship engines or where you need to refuel the engine quickly, as with long haul trucks.

Green hydrogen is now receiving financial and labour force commitments from governments and big business. Australia, with its vast areas where either sunshine or wind is in near-constant supply, is emerging as the Asia Pacific hub for green hydrogen production, which relies on renewable energy sources such as wind and solar to produce the fuel. Australian mining magnate Andrew Forrest is building a 2-gigawatt electrolyser and ammonia producing plant in the state of Queensland, with plans to use the project to kick-start green steelmaking. It is one of four green hydrogen projects in Australia,

Europe has even bigger plans: in Spain, the HyDeal Ambition project will come online in 2025, with an expected 67GW capacity. Germany is spending €9bn to help end its reliance on gas and coal, including a 100-megawatt electrolyser in Hamburg.

Hong Kong-based InterContinental Energy is seeking to build a 14GW electrolyser in Oman, while Kazakhstan has announced a 30GW plant.

The combination of hydrogen fuel cell technologies and the availability of hydrogen as a fuel will soon transform road transport.