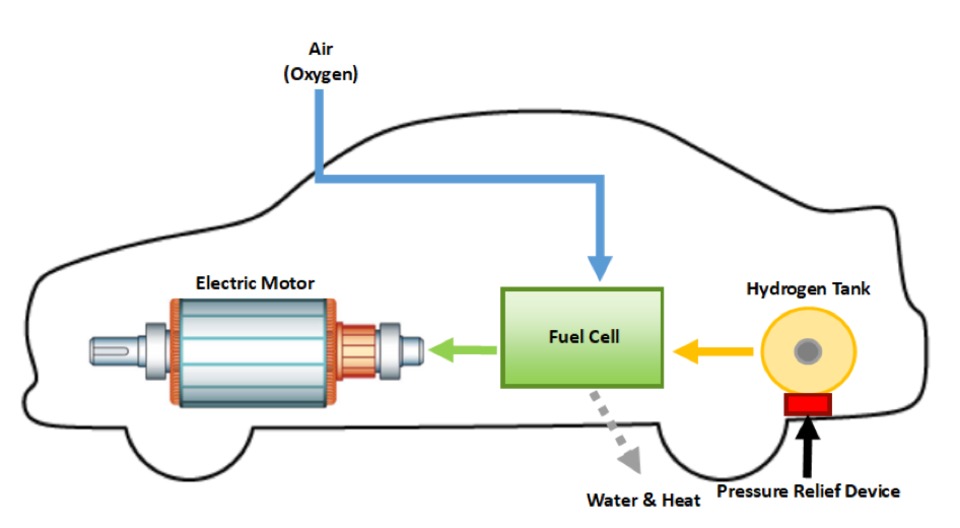 2018 saw the groundwork for fuel cells and hydrogen application continue to be laid. Fuel cell costs dropped, manufacturing capacity expanded, the supply chain firmed up, and Governments and companies set out targets for true mass production and adoption.

The most significant advancements in fuel cell application over the last year has been in the transport category where fuel cells power vehicles and vessels. The future of transport is looking increasingly fuel cell driven and despite prominent naysayers fuel cell powered cars are rolling off production lines.

2020 is set to be an important year for fuel cells with the Tokyo ‘Hydrogen Olympics’, which is set to use both fuel cells and AI to mobilise the games.

Beyond this fuel cell electric buses (FCEB) will be an essential component in the zero emission city of the future. This has been driven by regulation and aggressive zero emission procurement policies now in place.

From 2025, London will only buy zero emission vehicles for its 9,500 strong fleet, as will Paris, Madrid and Athens. Much of the groundwork has been laid by major public investment, and although prices have historically been high, pooling orders has helped manufacturers benefit from scale economies.

Hyrdrail has arrived. 2018 saw the first fuel cell passenger train going into service, the Coradia iLint in Germany. French-based train manufacturer Alstom has announced plans to roll out hydrogen-powered trains in the UK from 2022 and other hydrogen rail projects are well underway across Europe and in Canada.

Battery-only trains require too many batteries to be feasible. So new investment in overhead systems is mainly focused on high-speed mainlines or urban/suburban routes. As fuel cells can be put where diesel units used to be and with hydrogen re-fuelling infrastructure these routes can be electrified. Train manufacturers Alstom and Siemens are adapting previous diesel train designs for fuel cells and hydrogen, using fuel cells from different suppliers. This ‘twin-track’ could continue even if their proposed merger goes ahead, though it is being investigated by European Anti-Competition authorities.

The increasing range of fuel cell and hydrogen products available are enabling new business models. Large corporations are starting to invest in fuel cells and hydrogen as part of their strategy with some linking their interests in infrastructure, logistics, supply chain, energy and other forms of transport beyond private cars.

Commenting on the state of fuel cells, report lead author Professor David Hart, E4tech says: “There’s a real tangible interest in deployment, scale-up and sustainable business propositions, of which trains are one. Governments are indicating that fuel cells are a genuine contender in driving economic and industrial growth, beyond having clear environmental benefits.

“The next two years are key and we fully expect to see increased investment, innovation, sector growth and adoption.”

Hart continues: “Policy screws are tightening around air quality, the next potential public health crisis, while regulation on CO2 emissions looks likely to firm up too. Thus, hydrogen is increasingly attractive to industries reliant on carbon powered fuels, from public transport to shipping, manufacturing and logistics.”