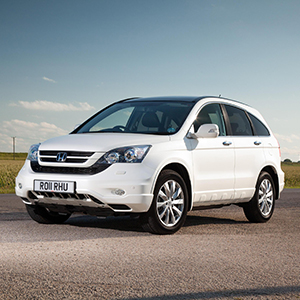 Praised for its practicality, agility and reliability, the mark three CR-V was named the perfect second-hand car for a buyer on a budget.  Also noted for its cabin space, the CR-V came top of the class with a spacious load bay, versatile rear seats and roomy interior.

Made up of S, SE, SR and EX models, all of which have alloy wheels, climate control, cruise control and electric windows and heated door mirrors as standard, the SR and range-topping EX get sat-nav.  Buyers can choose from either a 2.2-litre diesel or a 2.0-litre petrol and either a six-speed manual or a five-speed automatic gearbox, all of which is mated to a permanent four-wheel drive.

In association with Warrantywise, the annual Auto Express Used Car Awards help buyers decide on the right used car for them by picking the best second-hand buys in 16 classes.

Joe Finnerty, Consumer Editor at Auto Express, commented: “Age finally caught up with the Honda CR-V this year, as the Mk3 fell to 121st place in Driver Power. But that’s no disgrace, as the model was last in production almost four years ago and before 2015, it’d been a consistent performer, recording a string of top 20 finishes. Owners praised its build quality and reliability, plus its comfort and ride, which should stand the CR-V in good stead as a great used purchase.”

Philip Crossman, Managing Director at Honda UK, commented: “This is a fantastic result for the Swindon-built third generation CR-V and just backs up what our customers already know; that this is a great car.  Coupled with our unrivalled reputation for reliability and the CR-V should be a strong contender for anyone looking at a second hand compact SUV.” 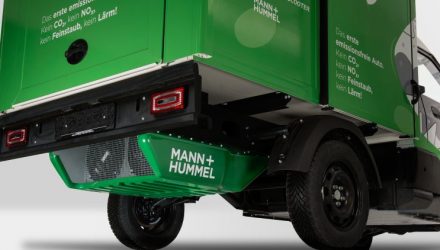 MANN+HUMMEL a General Motors 2019 Supplier of...

The tough TORSUS PRAETORIAN has been awarded a prestigious

As part of the ongoing Takata airbag recall, Honda