UK HGV registrations fall by a third in 2020

New heavy goods vehicle (HGV) registrations declined by -32.2% in 2020, according to new figures released today by the Society of Motor Manufacturers and Traders (SMMT). The decline, which led to the weakest demand since 2010,1 is attributed to both the pandemic impacting business confidence to invest in new assets, and a bumper 2019 when new smart tachograph legislation led to a 12.6% increase in HGV registrations.

After a relatively optimistic Q3 (-1.6%), performance in Q4 was disappointing as new lockdown measures and Brexit uncertainty stalled fleet renewal, despite a pre-Christmas boost in vehicle use. Ultimately, the significant fall in demand in Q2 (-73.4%) dragged down the entire year’s performance. However, progress with vaccinations and clarity over Brexit provide reasons for optimism in fleet renewal during 2021.

Mike Hawes, SMMT Chief Executive, said, “From September, truck utilisation began to exceed pre-pandemic levels – but registrations continued to fall. Operators have been sweating their existing assets given the ongoing uncertainty from lockdown, and an underlying structural decline in the market given many would have renewed their fleet in 2019. Following such a tumultuous year, where the industry has acquitted itself well under the circumstances, it is vital that operators can have confidence restored so they can invest in the latest low-emission vehicles, helping the country to deliver on its green goals while ensuring the economy, and society, continues to move.” 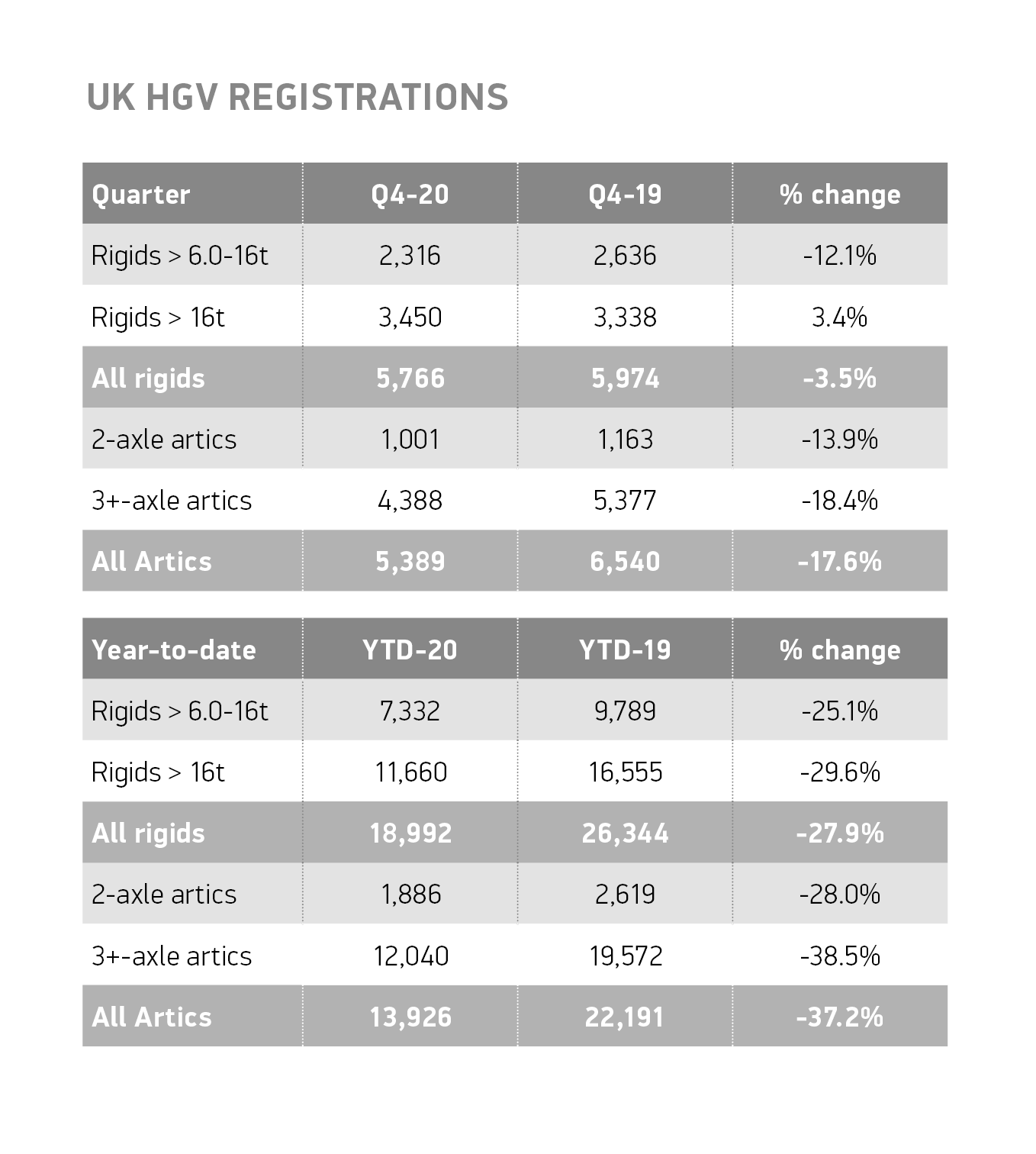 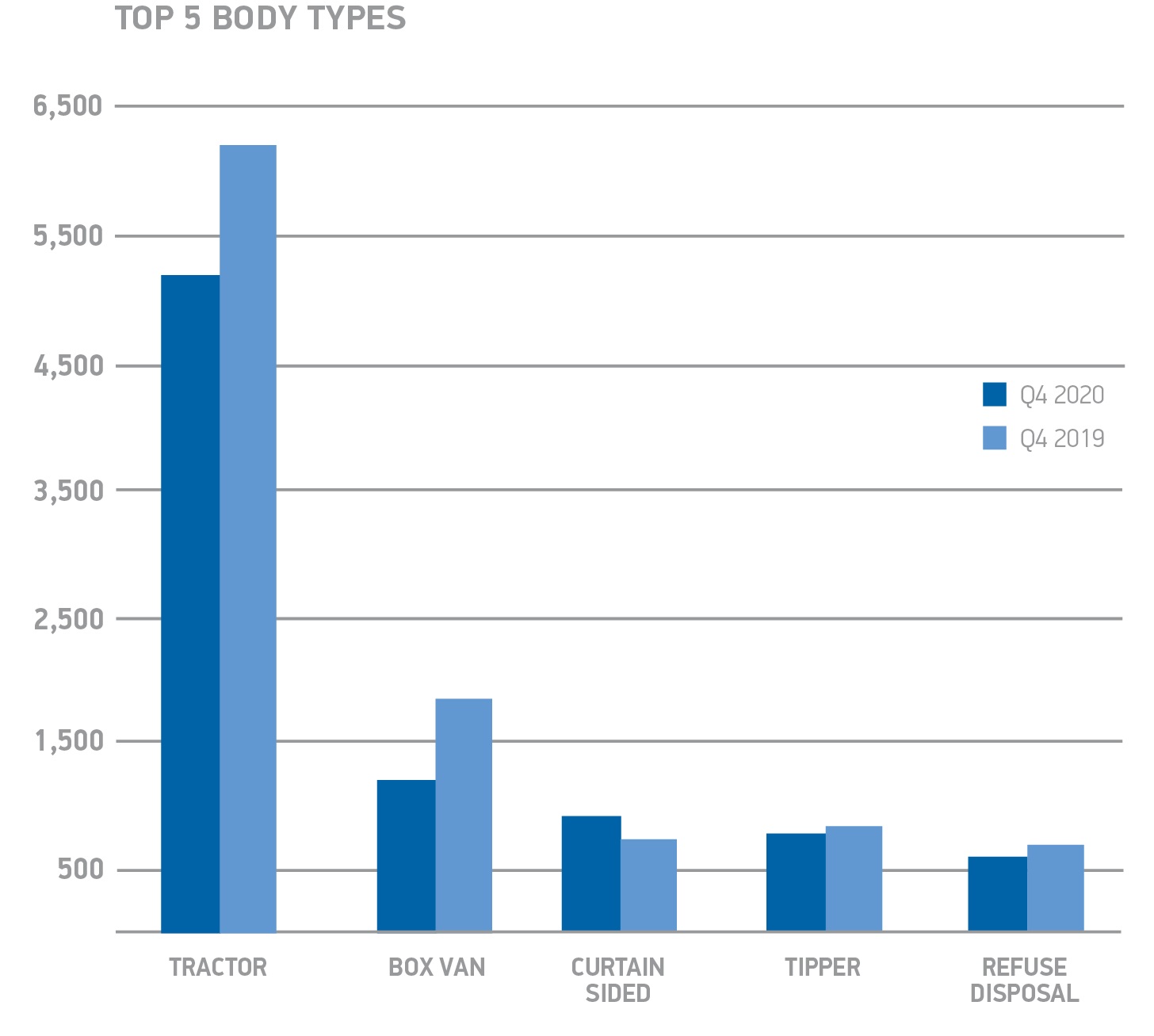 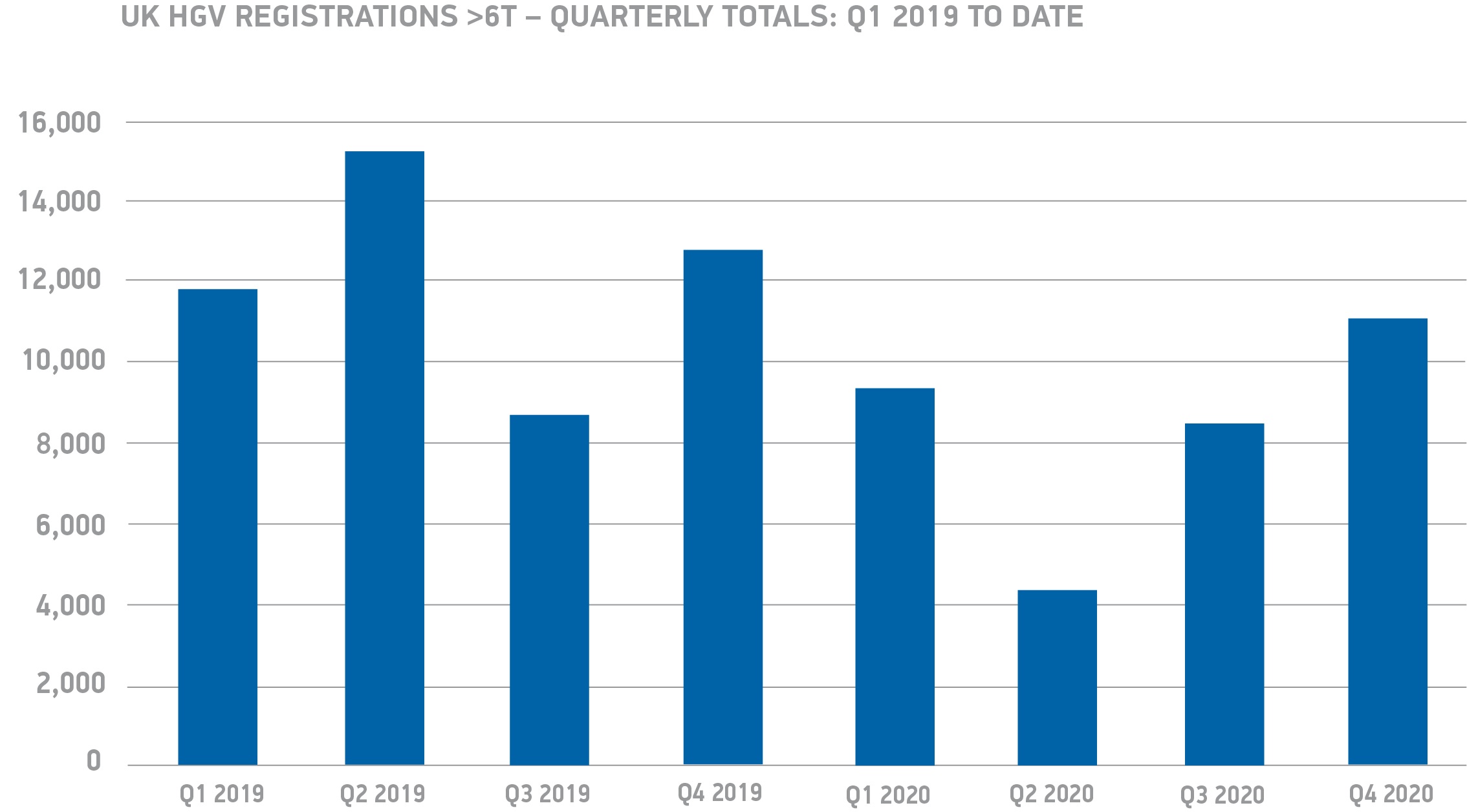