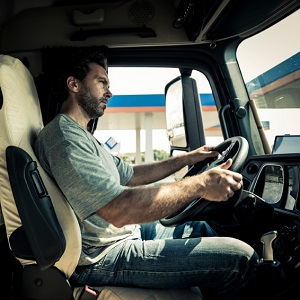 The Freight Transport Association (FTA) has spoken out to reassure drivers that HGVs have never been more motorway-safe.

The move follows the publication of a Brake survey, which revealed increased HGV motorway traffic prompted anxiety about safety among other drivers.

“The driver perceptions Brake has focused on are not reflective of reality,” Christopher Snelling, head of UK policy at FTA. “In fact in the last six years the number of people killed or seriously injured in incidents with HGVs on motorways in Britain has reduced by over 15%.

“Contrary to public perception, the amount of freight being transported on UK motorways has only marginally increased (2.6%) over the last 11 years, it has only just reached the pre-recession levels of a decade ago.

“We want to take this opportunity to reassure motorway users that safety is the number one priority of the HGV industry.”

The study by the road safety charity found more than three-quarters of drivers believe too much freight is being transported on our motorways, citing concerns around safety.

However, other independent research shows HGV motorway traffic has only increased by 2.6% in 11 years, and motorway accidents involving these vehicles have fallen significantly

Volvo Trucks UK and Ireland has appointed Hannah Burgess to the newly created position of Director of New Vehicle Sales, based at the company’s head office in