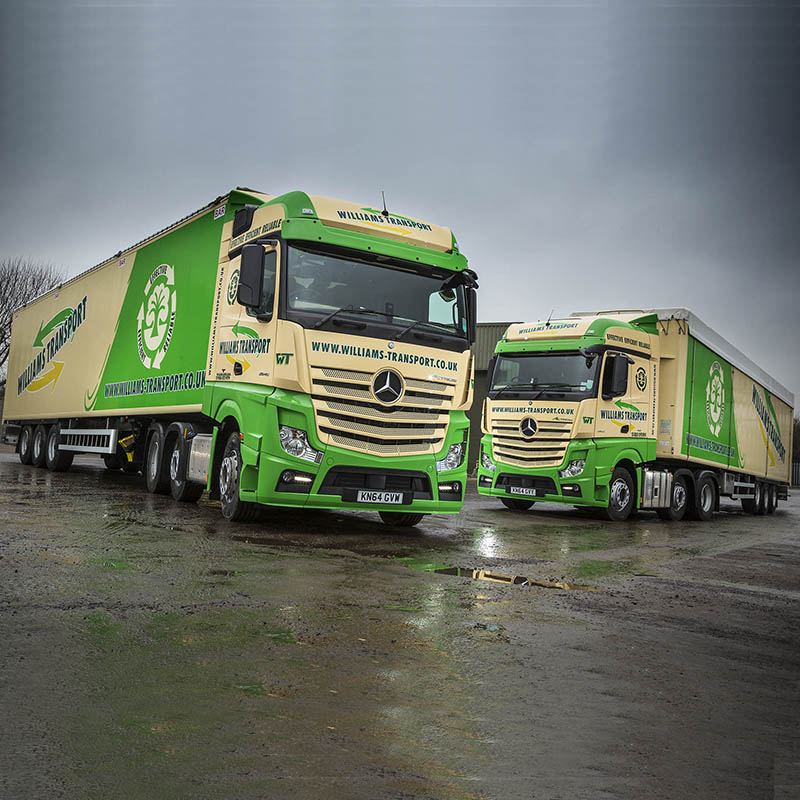 A ‘seed’ vehicle, planted in the fleet of Williams Transport by Mercedes-Benz Dealer Intercounty Truck & Van, bore fruit when the Cambridgeshire-based operator returned six months later with an order for a further 10 identical tractor units.

Key to its decision was the Actros 2545’s impressive fuel-efficiency. “That first truck averaged 8.25 mpg,” said Director Andy Williams. “This may not sound a lot but in our job it’s very good indeed, and a full mile per gallon better than the truck it replaced.”

Mr Williams recalled: “Intercounty’s sales executive Paul Hind persuaded us to try a Euro VI Actros, and we could see straight away that the fuel returns were markedly better than our average. As well as impressing in terms of fuel efficiency, the truck was also well liked by its driver.”

The Actros have joined a fleet of 65 trucks, the majority of them tractor units. They work across the South-East, and frequently in London where, in addition to constant stopping and starting in heavy traffic, they employ engine-driven PTOs to eject their loads of recyclable waste. Much of this is converted into combustible fuel for use in industrial applications.

“Our drivers are typically out for four or five nights a week so we like to give them comfortable, high-quality vehicles – we also specified factory-fitted fridges in the cabs,” concluded Mr Williams.

As well as excelling in terms of fuel efficiency, operating costs and driver comfort, the Mercedes-Benz Actros leads the field in terms of safety. Its standard-fit armoury of active and passive equipment includes an electropneumatic brake system (EPB) incorporating anti-lock braking (ABS) and anti-slip regulation (ASR), which brakes each wheel individually to make the most of available grip and minimise stopping distances.

EPB includes secondary braking – whether by engine brake or retarder – to further improve safety and reduce wear, while in the event of emergency braking the system automatically activates the hazard warning lights to warn following traffic, winning vital extra seconds that could help to prevent an accident. Other standard safety features include Stability Control Assist, a rain and light sensor and a seat-belt monitor. 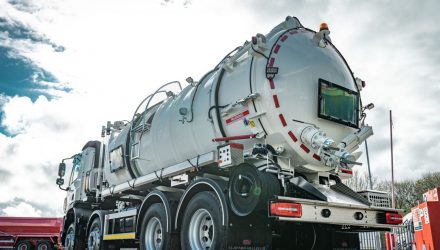 MV Commercial has added to its range of specialist vehicles with the introduction of an 8×4 Stainless Steel Vacuum Tanker complete with wash-down facility. Mounted on a

Industry leaders in shipping and haulage are launching a