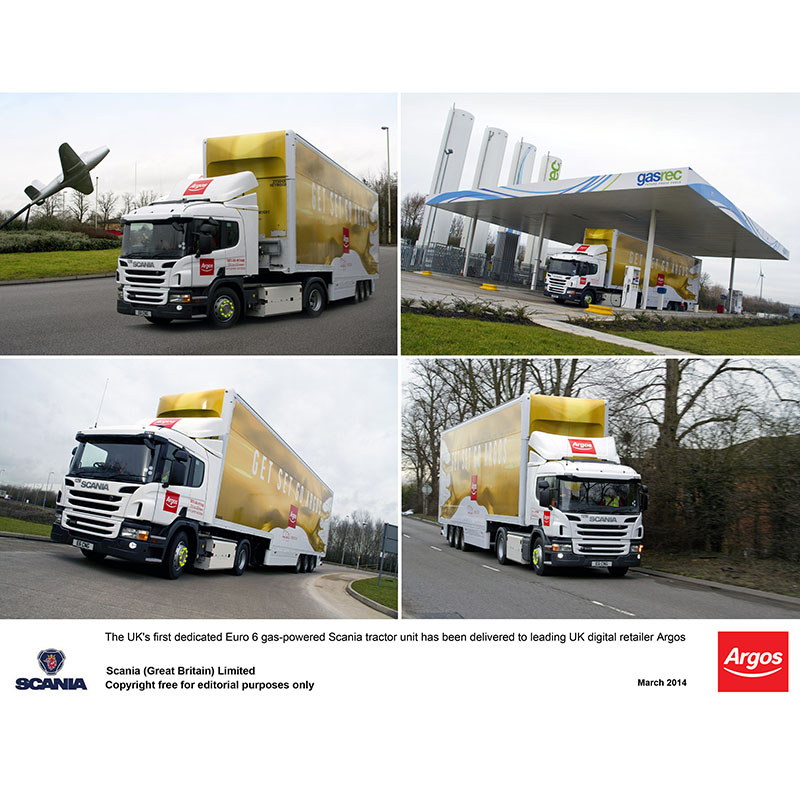 The Scania at its first photoshoot

In addition to meeting the Euro 6 exhaust emissions standard when operated on biomethane carbon dioxide, reductions of up to 70 per cent can be achieved. The vehicles are also extremely quiet, meaning they are particularly suitable for use in rural areas.

“The final part of the equation is the growing gas filling station infrastructure. These trucks will be based at our Magna Park, Lutterworth distribution centre, just a few miles from the Gasrec refuelling station […] With an expected range of up to 450 kilometres, the vehicles will run initially on daily return-to-base operations.”

The introduction into service of these vehicles also represents a major milestone in a project created by Innovate UK (formerly Technology Strategy Board) to assess the benefits of gas to the UK haulage industry.

“A key aim of the project has been to introduce gas-powered vehicles into service at Magna Park in the run-up to a publicly-accessible gas refuelling station scheduled to open on site later this year,” says John Baldwin, Managing Director of CNG Services, which leads the project in collaboration with Gasrec, Argos, DHL Supply Chain, Culina Logistics and Eddie Stobart. 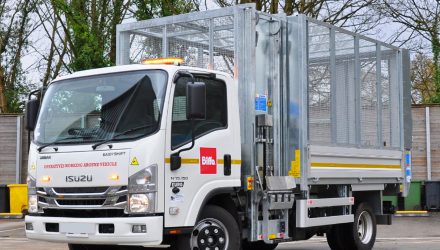 HGV registrations soar in b...

Yuill & Dodds has boosted the efficiency of its