What does Boris Johnson’s win mean for fleets and mobility? 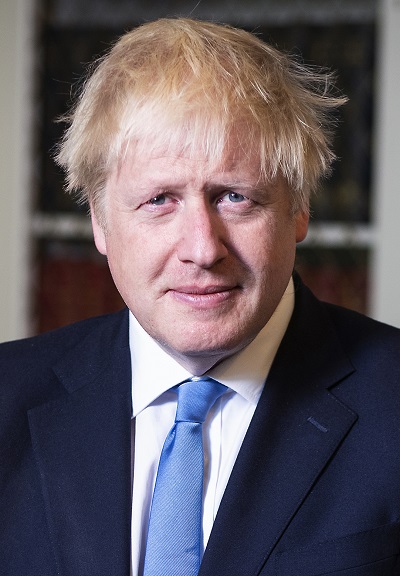 In December, the ruling Conservatives won an outright majority in the UK’s General Election – something they have not enjoyed since 2017. What’s more, this majority is the Tories’ biggest since 1987. Boris Johnson, Tory leader and PM since July, returns to office with a much-strengthened hand.

Here, Matthew Walters, Head of Consultancy at LeasePlan UK, looks at what this might mean for fleets and mobility in the next five years. All views are his own and not representative of LeasePlan’s views as a company.

Britain’s much-anticipated departure from the EU will, it seems, finally go ahead under the terms of Johnson’s Withdrawal Agreement, and soon – by 31 January. This means an end to some uncertainty, including avoiding a ‘no deal’ Brexit. At least that is, until the next hurdle: negotiating a free trade deal by the end of 2020. If this isn’t agreed, the UK will lose tariff-free access to European markets and would default to World Trade Organization rules, which means tariffs on imports.

The snap December election delayed the signing of the Finance Bill into law, which included the (long-delayed) new rates of Company Car Tax (CCT) for after 2020-21. This promised to make CCT more lenient for the next few years due to the more stringent WLTP (Worldwide Harmonised Light Vehicle Test Procedure) regime – and included the watershed policy of no CCT at all for zero-emission or hybrids with an all-electric range of 130 miles.

The good news is that the re-elected Conservative government is expected to stick to these rates when the Finance Bill is signed into law in January.

The official, world-leading target for Net Zero set by Theresa May’s government in June 2019 is set for three decades’ time, in 2050. The sale of new diesel and petrol cars is to be banned a decade earlier, from 2040.

However, due perhaps to competing promises from Labour and the Lib Dems in their manifestos, as well as increasing general alarm about climate change, the 2019 Tory manifesto published at the end of November suggested that these dates could be brought forward. It promised to ‘consult on the earliest date we can phase out the sale of new conventional petrol and diesel cars, while minimising the impact on drivers and businesses.’

The Tories also pledged £1bn for a fast-charging network, which would, in the words of Boris Johnson, ‘ensure that everyone is within 30 miles of a rapid electric vehicle charging station, so we can encourage more people to switch to clean vehicles’. Additionally, the Tories committed to building a new EV battery-making “Gigafactory” – batteries being the essential part of EV tech – along with a £4 billion R&D plan for decarbonisation. They also promised investment in electric buses, developing ‘the UK’s first all-electric-bus town’. No details have been given yet on which town that might be.

In contrast to the public-transport-prioritising Labour and Lib Dems, the Tory manifesto promised a £28.8 billion investment in strategic and local roads, and the ‘biggest ever pothole-filling programme’ – a programme so big because repairing our roads has been neglected for so long. The manifesto also claims that ‘our major investment in roads will ensure new potholes are much less likely to appear in the future’. Let’s hope so.

Their commitment to roads didn’t stop the Tories promising – an admittedly more modest – £4.2bn of ‘new spending’ on local train, bus and tram services, with a special emphasis on the north, where the Tory Party gained several traditionally Labour seats. Northern England has been historically deprived of transport funding, with high prices and poor services – Londoners, for example, have received approx. 2.5 times more transport infrastructure spending per head.

The ‘Northern Powerhouse’ promise of former Chancellor George Osborne is also resurrected. The manifesto affirms a new railway line connecting Leeds and Manchester will be built, and mentions trams for Leeds, as well as investment in the Midlands Hub and restoration of some lines cut by Beeching.

Only time will tell how many of these pledges Johnson manages to – or intends to – deliver, now that the election is out of the way. But such is the nature of manifestos.