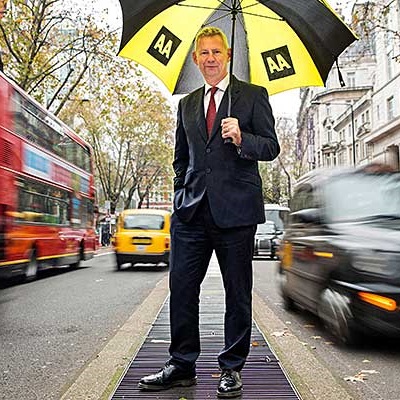 Edmund King, AA president, described the Budget as a ‘Budget to keep Britain moving and gets us out of a hole’ and added: “Putting more money from motoring taxation into potholes; freezing fuel duty; improving roads such as the A303 and A1; and spending £500m on electric vehicle charging, will all contribute to keep Britain moving in the years ahead and gets us out of a hole.”

On fuel duty freeze: “We are pleased the Chancellor has listened to our calls to maintain the freeze in fuel duty. An increase would have had a negative impact on both households and business at a time when the economy is fragile given the current circumstances.”

On roads investment: “During the election, the Prime Minister promised the biggest ever pothole fund of £2 billion. We are glad he has kept his word and even provided an extra £500 million to the fight the cause. While it will fill over 50 million potholes, there will still be some way to go before our local roads are completely smooth. Councils receiving their funds should be urged to focus on resurfacing rather than patching.

“The £27 billion investment in the nations motorways and major roads is fantastic news. Improvements to roads like the A417, A1, A303 and A46 are long overdue and will be welcomed in order to tackle congestion.

“When it comes to upgrading motorways, we hope some money will be made available to add more emergency refuge areas on ‘smart’ motorways and that the best stopped vehicle detection systems will be installed as standard on new schemes. Some of the money should also be used to retrofit additional laybys on existing schemes.”

On electric vehicle research, charging points and incentives: “The £900 million research and development fund which electric cars can draw from is welcome but we would have liked to have seen more immediate investment for gigafactories. In order to secure the supply chain of batteries for electric cars a commitment to building these factories would have been a flagship moment.

“Investment of rapid charging points is needed and the Chancellor has recognised this. One of the areas that needs urgent attention is charging where drivers do not have a dedicated off-street parking space, so conversations need to take place with regional electricity boards and local councils to resolve this issue.

“Extending the plug-in grant for another three years (2022-23) was a good move*, but the Chancellor could have been bolder to help shift the dial on electric cars. Had he followed our calls the scrap the VAT, it would have had an influential impact on drivers looking to change their car.”

On Vehicle Excise Duty (VED) changes: “There will be a consultation on plans to change VED** in an effort to link more closely with CO2 emissions. We need to study the detail but it could lead to higher rates of car tax for new and used cars.”

Claire Evans, head of fleet consultancy at Zenith said: “It’s a budget that helps the fleet industry transition to electric vehicles (EVs) and realises the goal of making electric transport the new normal by 2030.

“The fleet industry will take real confidence from the confirmation of benefit-in-kind (BiK) tax rates and the further announcement they will be frozen at 2022/23 levels for an additional two years. It gives the industry the certainty it needs and provides a commitment to low rates for drivers of EVs.

“The Chancellor set out wide-ranging measures that will help businesses and consumers maximise move to electric and alternative-fuelled vehicles with increased certainty. Significantly the extension of plug-in grants to 2022/23 and the removal of the expensive car supplement for EVs from April 2020, which equates to £27 a month at current rates.

“Along with the fiscal incentives, it is good to see an increase in infrastructure investment with a total of £1bn promised to fund green transport solutions, and £500m to support the rollout of new rapid charging hubs so that drivers are never more than 30 miles away from being able to charge up their car.

“The Chancellor’s announcements will be welcome by fleet operators as it helps them address their bold ambitions to transition to cleaner technologies and provides drivers with the reassurance they need when adopting electric vehicles for the first time.”

Eduarda Thomas, principal consultant at Lex Autolease, said: “The publication of company car tax rates beyond 2023 is a hugely welcome shot in the arm for the fleet market and gives decision makers the clarity they need to invest in greener fleets now.  Fleets typically plan in 5-10-year cycles, and confident purchasing decisions cannot be made without sight of future tax liabilities.  We are optimistic that the lack of clarity in recent years is behind us and hope that five-year visibility is maintained in the years to come.”

Ashley Barnett, head of fleet consultancy at Lex Autolease, said: “Removing the VED surcharge for EVs will encourage uptake, many of which have list prices higher than the £40,000 threshold.  The threshold was put in place to identify and apply a surcharge to ‘luxury’ cars, but as times have changed, even entry-level models featuring the newest, cleanest engine technology can come with a similar price tag.   It’s positive that early adopters of EVs are being incentivised by these changes, rather than being penalised by an outdated tax system.”

Ashley Barnett, head of fleet consultancy at Lex Autolease, said: “We welcome the government’s decision to keep the plug-in car grant in place until at least 2022/3. As plug-in vehicles move towards parity with traditionally-fuelled vehicles, government funding can be reduced and ultimately phased out.  This is an important, positive moment on the UK’s Road to Zero journey.”

Helen Cope, fleet consultant at Lex Autolease, said: “Lack of charging infrastructure is still one of the main stumbling blocks for consumers thinking about making the move to an EV, so today’s decision to increase the funding available for rapid charging hubs is a welcome step in the right direction.

However incentivising workplace and domestic charging points need to remain firmly on the agenda.”

Chris Russell, CEO and co-founder of Tonik Energy comments on the Chancellor’s announcement of £1bn to green transport: “The Chancellor’s investment into green transport is no drop in the ocean. Investing £500m to support the rollout of rapid charging hubs alone will help piece together the UK’s fragmented infrastructure and give drivers and fleets the reassurance they need to make the transition to electric vehicles.

“Private and public sector organisations must now work together to deliver a robust and sustainable charging infrastructure that meets the charging needs of a nation. Fast and convenient access to power will be paramount for fleet and company car drivers, for who fuel acts as a lifeblood to business. Recognition that renewable energies are the linchpin to this change is critical.”

Anthony Smith, chief executive of the independent watchdog Transport Focus, said: “Road users will welcome this, but the roadworks needed to deliver it must be managed to minimise the impact people’s journeys.

“We know drivers want reliable journeys on decent road surfaces. It is good to see the Government has committed to reducing congestion while also maintaining existing roads properly.

“Transport Focus has pressed hard for road users’ views to be at the heart of this strategy. It is good news that our independent survey will be the official measure of road user satisfaction for Highways England’s roads from next month.

Anthony Smith added: “It is urgent that road users now hear when a decision will be made on the Government’s smart motorway evidence stocktake.”

Harry Peal, CEO of Roadmender Asphalt – one the UK’s most innovative road repair providers – discusses how investment in road repairs can help contribute to this wider programme of levelling up Britain’s infrastructure.

“The budget lays out an exciting programme for levelling up Britain’s businesses and infrastructure. The pothole fund offers a fantastic opportunity to implement new technologies that allow us to repair roads far quicker than before. This will reduce the time of disruption for road users, as well as proving to be the cheaper and move environmentally friendly option.

Elastomac will dovetail with the government’s  programme and help fill in the 50 million potholes within 5 years. This is a very exciting period of change and we look forward to working with local councils to realise this ambitious project.”