The Argument Is Over: ETHANOL IS THE BETTER FUEL! 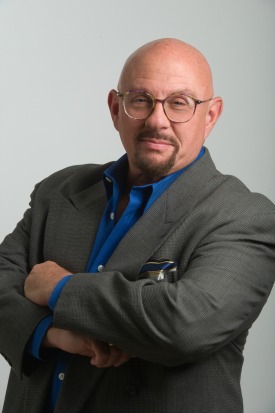 A remarkable event took place in Brazil yesterday; BP (formerly British Petroleum) and Bunge LTD have agreed to form a joint venture in Brazil to produce ethanol fuel. The new entity is called BP Bunge Bioenergia, and they will have 11 biofuels sites in Brazil to start. (Read about it HERE)

BP is one of the world’s largest petroleum oil companies, and Bunge LTD is an American agribusiness and food company that competes with Archer Daniels Midland and Cargill.

What makes this event so remarkable, in my opinion, is not that BP has suddenly decided to get into the ethanol and biofuel business (they’ve actually been involved with ethanol in Brazil since about 2008), it’s the wording that appears in the formal press release announcing the joint venture:

“Ethanol is one of the most carbon-efficient biofuels available globally, with lifecycle greenhouse gas emissions around 70% lower than conventional hydrocarbon transport fuels (gasoline and diesel fuel).”

“This is another large-scale example of BP’s commitment to play a leading role in a rapid transition to a low carbon future.”

And, nowhere in the press release is there any indication whatsoever that ethanol damages engines or any of the other mythical problems that the oil industry typically accuses ethanol of causing.

There are two other important facts to point out. The first is that Royal Dutch Shell (Shell Oil), another huge petroleum oil company with revenues even higher than BP, also is engaged in the ethanol fuel production and distribution business in Brazil.

The second point is that for six decades, Standard Oil, Exxon (previously called Esso), and Cities Service oil companies sold ethanol-gasoline blends in the UK. They promoted and marketed their “power alcohol” as being cleaner, safer, more powerful, and less expensive than ethanol-free gasolines. In the meantime, in America and many other countries, these three oil companies lied to the public about ethanol causing engine damage and delivering less power. You can read all about this in my essay “THE HYPOCRISY OF BIG OIL”.

Of course, I don’t expect the American Petroleum Institute or American Fuel and Petroleum Manufactures association to shut their mouths about ethanol or tell all their minions to knock it off. There’ll be more bovine scat issued by them, there’ll be new lies about how ethanol fuel production causes frogs to fall from the sky or turn gold into lead, and they’ll commission some new studies that magically show how ethanol burns dirty while gasoline purifies the air. And there will still be those lunatic professors in California universities who will create some new formulas to help the oil industry prove the new lies.

This means there’s still a big fight to be waged until we get to the point when ethanol is the primary fuel for internal combustion engines. It’ll be a struggle to get E25, E30, E40 sold at every filling station; and it’ll be some time before all ICE vehicles and equipment are “approved” for E95. But there is one thing that’s clear (one thing other than how “clear” ethanol burns), it’s that ethanol is cleaner, safer, more powerful, less expensive, and that no American/Canadian/British/French/Australian military personnel are killed defending the ethanol industry.

One last point: To all those people who criticize America’s use of corn as the primary source material for ethanol, and who think that sugar cane should be used, they should read some of the reports from Brazil about their increasing reliance on corn.
• Brazil’s corn-based ethanol industry booms
• Betting on ethanol, Brazilian mills turn sour on sugar

It’s just a matter of time before oil companies in America start investing in or buying up ethanol distilleries. And then all the lies, exaggerations, and misinformation about ethanol will disappear.