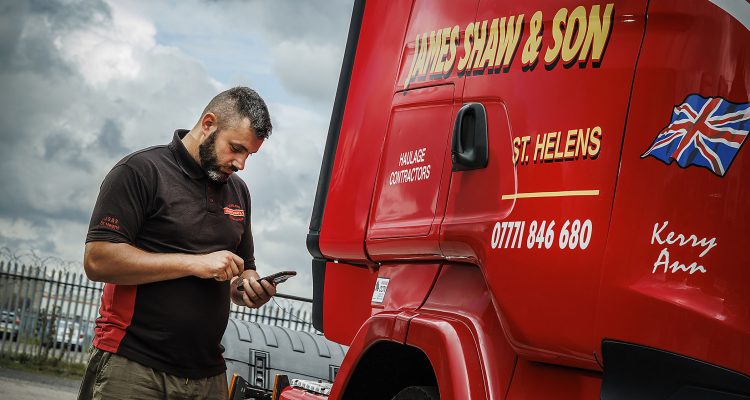 James Shaw & Son is a smoother operator thanks to Truckfile

Haulier James Shaw & Son has waved goodbye to the paper trail it previously relied on for vehicle maintenance recording – and now enjoys welcome reductions in time and hassle thanks to digital management systems from Truckfile.

The Merseyside-based operator is now using Truckfile packages to keep its fleet of 36 tractor units and 59 trailers safe and compliant, and to ensure the smooth and efficient operation of its in-house workshop, which is staffed by two technicians and a tyre fitter. 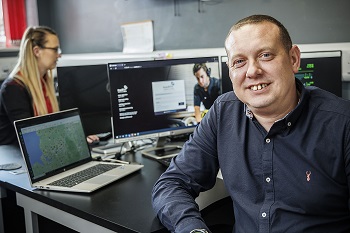 The move to digital management happened almost by chance. General Manager Chris Thompson recalled: “I was actually on the RHA website looking for some new defect reporting stationery, when I came across an advert for Truckfile.

“I decided to dig a bit deeper and could see the potential for making the management of our fleet compliance much smoother and easier. The cost seemed very competitive too so we decided to go for it – and it’s one of the best things we’ve ever done.”

“The best aspect for me is the visibility – every bit of information I need about all our vehicles is there on one screen,” he said. “I can see which trucks need servicing, MOT testing, taxing or tachograph calibration, as well as any reported defects. I don’t have to go looking for anything, it’s all right there in front of me.

“For our technicians, too, the benefits are clear,” he continued. “They use hand-held tablets and a touchscreen terminal to record all vehicle inspections and jobs completed. It’s so much simpler and quicker than using paper forms.”

“We’ve been able to iron out the peaks and troughs that we sometimes had to endure previously,” said Mr Thompson. “So instead of having four trucks in for service one week, and 10 the next; we’re able to ensure there are six or seven week-in, week-out.”

Although the initial plan was only to invest in a workshop management system, James Shaw is also now making use of Truckfile’s Driver Application. 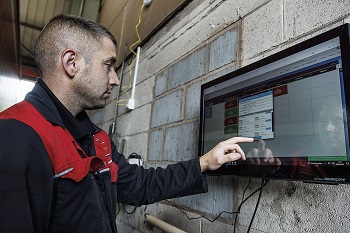 “This brings a range of benefits too,” said Mr Thompson. “Drivers can do their daily checks with smartphones and don’t have to carry paperwork around with them. It’s also much easier for the office to keep track of all our trailers. The system records whenever one is collected or dropped off and the information is instantly accessible.

“Defect reporting is far more efficient, as Truckfile removes duplication which allows our workshop to focus on jobs that require attention most urgently. Scaled up across a fleet, that saves a huge amount of time.”

He continued: “Overall the installation of Truckfile into our workshop and fleet has been a real breath of fresh air and is helping the whole operation to run much more smoothly. The support from the Truckfile team has been great, the system is actually really easy to use but we have been guided through it every step of the way.”

James Shaw & Son can trace its history back to the 1950s, when founder James Shaw, along with his brothers George and Peter, commenced trading with a single Bedford rigid. James’s son, Stephen, joined in the ’70s and now the third Shaw generation is at the helm of the company, in the shape of Managing Director Andrew. The company provides transport services to a wide range of customers, hauling everything from trailers to wet wipes across the UK.

Truckfile was developed by Magic Internet Technologies, of Redditch, Worcestershire. The company was formed in 2006 to create an innovative and user-friendly fleet and workshop management system for the commercial vehicle and transport sectors. Following the launch of its Electronic Inspection System – later rebranded as Truckfile – it has worked closely with customers across the UK and Europe to develop its market-leading package of solutions covering the needs of fleet operators and workshops alike.

The system means that all vehicle safety checks, workshop inspections and any maintenance or repair activities carried out, from start to finish, are recorded electronically. Details are stored securely in computer files, which remain easily accessible, so there’s no need to keep track of endless sheets of paper. Truckfile is also a validated IT systems provider for the DVSA Earned Recognition scheme

With well over 200,000 individual vehicle records stored for more than 24,000 users, Truckfile is among the largest document stores of its kind in the marketplace. Customers can access the system from any internet-connected device, via a secure log-in, with no need for additional investment in servers or extra hardware. All documents are stored securely and available around the clock, allowing users full visibility of their fleets 24/7, 365 days per year