An increasing number of vans are being returned to Fleet News 50 (FN50) companies early, in a possible sign that fleets are taking action to minimise their exposure to ultra-low emission zone (ULEZ) charges. 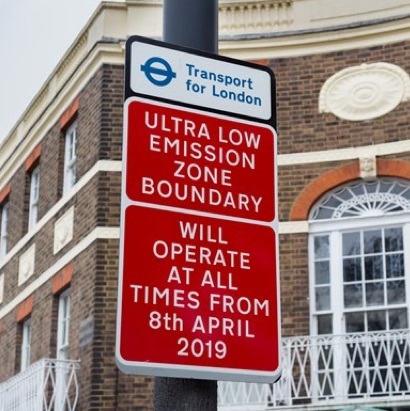 London launched its ULEZ in April 2019. It means that vans which do not comply to Euro 4 petrol or Euro 6 diesel emissions standards face a daily £12.50 charge to enter the city centre.

This has led many national fleets to relocate vans which do not comply with these standards to areas of the country which are not affected by the charge. But it also appears many organisations are replacing vehicles ahead of schedule to avoid paying the fee.

The FN50 research found an average of 13% were being returned early, up six percentage points on the previous year.

Simon Simmons, LCV corporate sales manager at Alphabet, said: “Over the past 12 months Alphabet has seen a slight increase in the number of commercial vehicles returned early, perhaps in anticipation of the move to Euro 6 diesel engine technology, the London ULEZ or the new clean air zones (CAZs).

“We’ve also seen a more significant increase in the percentage of commercial vehicles returned late over the past 12 months which probably reflects businesses holding on for key, benchmark LCV products to become available as manufacturers managed the production transition to WLTP.”

Hitachi Capital Vehicle Solutions (HCVS) says it is working with customers to minimise the impact of ULEZ zones and ensure they have the flexibility to be early adopters of electrification.

HCVS managing director Jon Lawes added: “With this in mind, we have set in place strategies to terminate Euro 5 vans that are at risk of additional charges from ULEZ zones early.

“We’ve done this with customers as part of an agreed strategy. Electrification is very much on the agenda and our biggest initiative in 2019 is to optimise the future of fleets.

“We’re the only leasing company in the industry to partner in the world’s biggest EV trial, Optimise Prime, a three-year innovation project designed to address how the UK can manage mass adoption of EVs between now and 2030.”

One of the major trends HCVS has noticed over the past 12 months is the need to move to shorter van replacement cycles, or at least to flex contract lengths.

The longest average replacement cycle reported by a leasing company was 60 months, while the highest average mileage was 153,000.

Of the companies which responded to the question, 48% said the most popular contract period for their vans was three-to-four years, 30% was five years, 9% was two years and 4% six years.

One top 10 FN50 leasing company reported that 68% of its vans were on contract periods of six or more years.

Lawes said: “Fleet customers typically run vans on periods of anything between 48-84 months, but it’s not uncommon for fleets to have average terms of around 72 months.

“When fleet vans are low mileage and well-maintained, we’ve seen the total cost of ownership optimise around this 72-month point.

“More recently, we’ve recognised the need to move to shorter terms, or at minimum a need to flex contract lengths, which is likely related to the emergence of new technologies and alternative drivetrains.

“We support organisations who are looking to electrify by giving them the flexibility to renew earlier, to fulfil their Road to Zero strategies.”

Simmons added: “The age profile of our LCV portfolio has remained relatively static while, at the same time, the size of our commercial vehicle portfolio has increased significantly over the past few years.

“However, we have seen a double-digit reduction in the mileage that these LCVs cover during their lifetime, perhaps reflecting their usage less for ‘trunking’ and more for urbanised, lower mileage journeys.”

This means the average percentage of finance lease has risen by one percentage point to 11%.

Alphabet did not see a shift in the funding methods it uses in the past year.

Simmons said: “We’ve consistently been seeing a 75/25 split between operating lease and finance lease for light commercial vehicles over a number of years and we expect this to continue.

“The opportunity, particularly in the SME sector but also in some larger corporates, is for businesses to move from an outright purchase LCV model into a leased and maintained asset approach.”

One example of this was highlighted earlier this year in FN50’s sister research project, the Fleet200, which analyses trends among the UK’s largest fleets.

It reported that one of the major vehicle funding deals struck this year was a £136 million fleet management deal between Network Rail and Hitachi Capital Vehicle Solutions.

The contract also includes service, maintenance and repair of all road fleet vehicles, as well as driver training, vehicle compliance, vehicle insurance and claims management, and end-of-life vehicle management among other services.

An average of 35% of FN50 leasing company van customers are on sole supply contacts with their leasing provider, just one percentage point behind the figure for cars (36%).

This is a marked difference from just two years ago, when an average of 25% of van customers were on sole supply, compared to 37% of car clients.

‘With maintenance’ now the preferred choice

Van fleet operators are increasingly willing to bundle maintenance with leasing contracts when they choose finance.

The proportion opting for ‘with maintenance’ has risen from an average 59% last year to 60% in 2019.

It has now overtaken the average proportion of cars leased with maintenance (59%) and suggests that fleets choosing contract hire are keen to hand the responsibility of minimising vehicle downtime to their leasing provider.

Vehicle downtime in the van market is one of the most important factors in managing a commercial fleet as an inactive vehicle can represent hundreds of pounds in lost business per day.

Three leasing companies reported that 100% of their vans leased were with maintenance included.

The truck market shows the highest level of maintenance included with contracts at 63%.

Six companies fund 100% of their trucks with maintenance contracts.