Fleet Assist confirm they have ‘no-deal’ plans in place 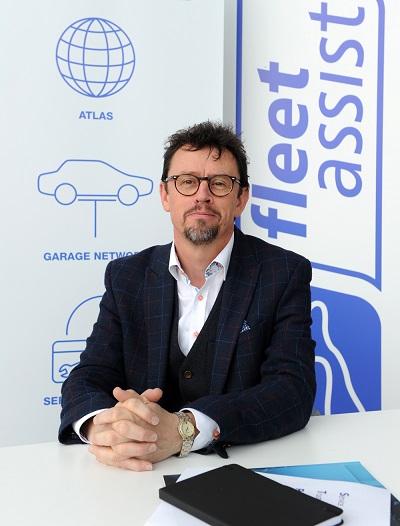 Fleet Assist has issued a ‘don’t panic’ message to the fleet industry in respect of vehicle parts supply from motor manufacturers, suppliers and independent chains after surveying the sector with less than a month to go before the UK is expected to leave the European Union on October 31.

The leading supply chain management specialist to a significant number of the UK’s major contract hire and leasing companies and rental firms, collectively operating more than one million vehicles, has updated its Brexit analysis based on information supplied by almost every motor manufacturer as well as parts suppliers, independent high street chains, windscreen repairers and fast-fits.

Fleet Assist has made the information from its latest Brexit survey available to all of its customers to allay any potential fears, notably in respect of the possibility of increased vehicle downtime in the event of any delayed supply of vehicle parts.

Chris Crow, head of network services at Fleet Assist, said: “The responses we have received to our most recent survey on Brexit preparations relating to vehicle parts supply delivers a reassuring picture to our customers and the fleet industry generally.”

However, at least in the short term, Fleet Assist’s survey suggests that the supply of spare parts will not be hampered by a ‘no deal’ Brexit with almost all component suppliers reporting that they had stockpiles at warehouses and distribution centres.

Motor manufacturers typically reported that they had an “increased volume of parts” with many reporting that they had sufficient supply for “several weeks”. What’s more, some have gone further advising that they had “increased stockholding levels by an additional six months until the position is clarified post-Brexit”.

One supplier’s comment summed up the collective action saying: “We have invested heavily increasing the amount of parts held at our central stores to ensure parts availability for our customers, which will contribute to reducing prolonged periods of vehicle downtime. Our plan is very clear: to initially over supply ourselves with fast-moving parts to lessen the impact of slower than usual dispatch times from our European supply chain.”

What’s more with a number of Korean and Japanese manufacturers not having a European production or distribution export facility they point to the fact that there would be “no significant impact to supply” as a result of a ‘no deal’ Brexit, with supplies imported from the Far East.

Last month the European motor industry warned of the “catastrophic consequences” of the UK leaving the European Union without a deal with fleets – and consumers – told to expect new car, commercial vehicle and component price rises as a consequence of the imposition of World Trade Organisation (WTO) tariffs on imports, unless brands and their retail networks could absorb the additional costs. If tariffs are applied, new car prices could rise by 10%, commercial vehicles by up to 22%, reduced this month to 10% on imported rigid trucks, (an average 13.5% for light vans) and vehicle components by up to 4.5%.

Additionally, the introduction of WTO tariffs and the end of barrier-free trade would almost certainly mean, the industry warned, the collapse of its ‘just-in-time’ business model resulting in delays in the import of vehicles and components, all adding to fleet operating costs.

Currently it is estimated that some 80% of replacement car parts fitted to British cars are imported, with almost three-quarters of those coming from European Union-based suppliers.

In the medium to long-term, organisations surveyed by Fleet Assist said they would take “whatever action is necessary to protect our business customers, and other partners, to minimise disruption and ensure continuity”. However, some added: “There remain many factors that are outside of our control. Therefore, it is impossible to guarantee that we can mitigate against every eventuality and unintended consequence resulting from a ‘no deal’ exit from the European Union.”

Mr Crow concluded: “Our customers frequently ask what actions we are taking in the event of a ‘no-deal’ Brexit and our survey of manufacturers’ parts supply arrangements and continuous dialogue to ensure all information is as up-to-date as possible, is just one example.

“The numerous suppliers that we have spoken with have confirmed that they have vastly increased the stockholding of parts and, in some cases, have established ‘bonded warehouses’ and dedicated ports of entry to meet duty requirements to avoid delays at import locations.”