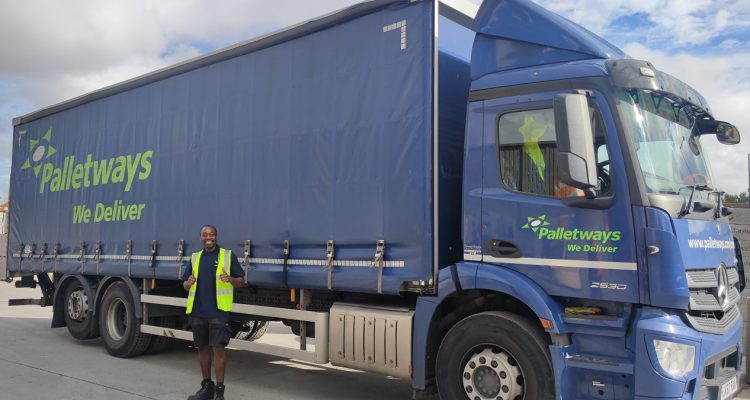 Palletways UK is using the Road Haulage Association’s (RHA) National Lorry Week 2022 to heap praise on and celebrate its network of drivers that work tirelessly to help keep the nation moving.

From 24 to 30 October 2022, the RHA’s eighth National Lorry Week will champion the industry and recognise the businesses and individuals within it.

As part of its commitment to bring new talent into the network to strengthen and future-proof the industry, Palletways UK has welcomed more than 100 drivers across its owned depots during 2022. This recruitment drive will remain a priority for the UK network over years to come to keep pace with the growth of supply chains and provide further resilience in the sector. 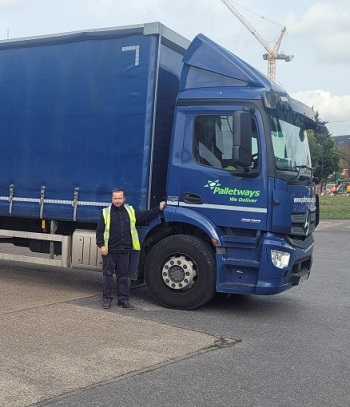 Amongst the hundreds of drivers in the Palletways UK network is Jason Payne (50), who works at Palletways Bristol and has been in the industry for almost three decades. Jason is one of Palletways Bristol’s longest serving Class 2 drivers whose ‘mobile office’ is a 26-tonne truck and has been at the Avonmouth-based depot for more than 14 years after a two-week agency job turned into a long-term career. He passed his HGV licence in his mid-20’s and hasn’t looked back. Commenting on his longevity in the sector, Jason said: “There’s so much to enjoy about a career in driving – the open road, being your own boss and the interface with customers, there’s nothing like it. I feel extremely lucky to have spent such a long time at Palletways – while it’s been a challenging few years, I am fortunate that I’m with a forward-thinking company that invests in ongoing training and recognises when you may need additional support.”

His fellow Class 2 driver colleague, Dwayne Blair (35), has worked at Palletways Bristol for ten years, following a stint as a home delivery driver. After a few years he felt the urge to try something different – and drive a larger vehicle. He applied for an HGV position that was also better paid than his previous role.

Dwayne said he’s seen positive change in the sector over recent times: “When I first started, you didn’t see many ethnic minority drivers and the motivation for them to get into the industry felt lacking. Over the past few years the sector has definitely become more diverse.”

And it’s the support of the team at Palletways Bristol that’s kept him at the depot since 2012. Dwayne added: “I grew up in Bristol and Palletways did everything they could to accommodate me, giving me routes they knew I was already familiar with – I’m not sure many companies would do that. What makes the job are the customers – I’ve worked hard over the years to build up a rapport with them and it’s always lovely to meet new people. The days fly by – I’ve spent time in warehouse jobs in the past which wasn’t for me – now, there’s not enough time in the day! This is the longest time I’ve spent in a job – I’m extremely happy here and I know that if I want to be considered for a different role in Palletways, the management team will do all they can to help.”

Driver Marc Young, also at Palletways Bristol, is part way through a year-long course to become a Class 2 driver. The 42-year-old, who commutes from Newport in South Wales, joined Palletways after a friend shared what a brilliant company it was to work for. Marc said: “I previously worked in a supervisory position in the food industry which was stressful and mentally draining. Getting into the logistics sector has been a breath of fresh air and I love being behind the wheel, where you are free to think and take in the Bristol and Bath surroundings. I’d be lying if I said being in charge of a 26-tonne vehicle isn’t daunting, but driving a lorry is prepping me for when I finally pass my exams and make the transition. I can’t see me wanting to leave the sector anytime soon and I’d recommend it to anyone.” 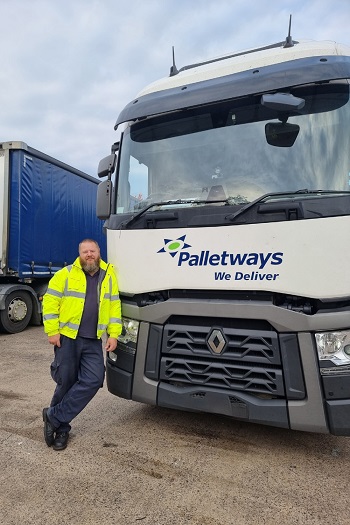 Darren Pegram (45) who works at Palletways Milton Keynes has been driving for more than 20 years. In his earlier career, Darren combined his day job, which often meant staying away from home, with work in the night-time economy such as a doorman or bodyguard to help boost his income. However, due to family commitments he craved a job with regular, daytime hours so he went through HGV training and has been a Class 1 / 2 driver for the past two decades.

Commenting, Darren said: “Contrary to some views, not all jobs involve driving through the night, my typical day begins at 8am and I finish around 6pm. The challenges are what I like most about the role – I really enjoy figuring out how I can navigate the traffic to ensure customers’ delivery or collections are made safely and efficiently.”

On driver shortages, Darren has strong views about plans to tackle the issue: “I know the industry is crying out for new driver talent and while I commend moves to recruit more people, the speed at which they can progress through the training is concerning – after all Class 1 drivers need to know how to reverse an artic! I do feel that Palletways has done all it can to ease drivers’ lives during what has been and continues to be a challenging environment. I know people who’ve been

lured with the offer of highly-paid agency work, however much of it isn’t sustainable. Palletways really cares about its drivers and we receive a fair day’s pay for a fair day’s work. We’re also lucky that Palletways takes a lot of stress out of the role – planning a route yourself is part of a usual agency job however, we don’t have to worry about that. All of ours are planned in advance by the transport team so we know exactly where we’re going at the start of every day.

“Looking to the future, a driver trainer role interests me and it’s something I’ve put to Palletways that I know they’re looking into. I’m keen to pass on my knowledge to the next generation to ensure we have the very best drivers in the industry.” 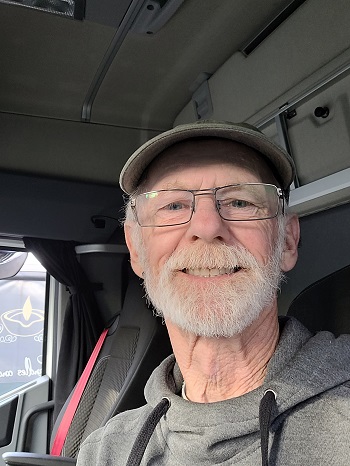 Mick Rennison, aged 72, has been driving for 47 years. He has driven all over Europe, but his preference is his current full-time job as a Class 1 driver for Palletways London. Mick drives the larger 15-16ft double-deck trailer lorries which hold 56 pallets.

He says: “I really enjoy my job, I work with nice people for a company that looks after its people. That’s evident to me having worked for agencies and some of the big retailers where the experience was quite different. A public perception about lorry drivers is that we work all hours, are never at home and are sent here, there and everywhere.  For some, that is true, and indeed I used to drive double-manned trucks in the 80s and 90s with my late wife all over Europe, but now my work life is more stable.”

Mick, who has contributed articles to Truck & Driver and Trucking magazines and has written an autobiography called Keep on Trucking: 40 years on the road, which is still available, added: “I work Monday to Friday; my day starts at Palletways London around 8am. I’m on the road to Fradley at 8.30am, loaded up by lunchtime to get back to London and home by 6pm, and I’m always back to sleep in my own bed. Palletways appreciates that everyone’s home/work life balance is different and it’s flexible in its approach.”

Rob Gittins, Managing Director at Palletways UK, added: “Logisticians, which include drivers, are the lifeblood of the UK economy. They’ve gone above and beyond over a couple of tumultuous years, navigating their way through the pandemic and the well documented driver shortage to move goods from A to B for consumers and businesses alike.

“With an uptick in volumes predicted across our network in line with the four seasonal events during the ‘golden quarter’ including Halloween, Black Friday, Cyber Monday and Christmas when consumer consumption peaks, our reliance on drivers will also spike. That’s why it’s important to publicly recognise their contribution and celebrate the great work they do.

“It’s clear that logistics is an innovative, inclusive and sustainable industry full of amazing prospects for young people and indeed anyone who’s looking for a change of career. However, the challenge the industry needs to face is attracting new talent. To do so key players including industry bodies, supply chain companies and professionals, need to come together to make the sector more appealing and make the exciting opportunities clearly visible.

“We hope National Lorry Week will make those who have never considered a career in logistics aware of the wealth of exciting opportunities it now presents. The pandemic highlighted the indispensable role logistics played in driving economies – let’s use this as a defining moment to change the way the profession is viewed by those thinking about their future careers.”

RHA National Lorry Week will also showcase the great work that is being done to shape the future of road transport; from recruiting new talent, adopting new technology and improving standards.

Palletways Bristol, Palletways Milton Keynes and Palletways London are three of more than 120 depots that are part of the Palletways UK network, belonging to Imperial, a DP World company. They benefit from shared expertise and resources from within the group to deliver consignments of palletised freight to market faster and more cost-effectively than ever before. The Palletways Group, renowned for its industry-leading IT developments and operational systems, comprises 450+ depots and 20 hub operations, through which it provides collection and distribution services across 24 European countries, including the UK.