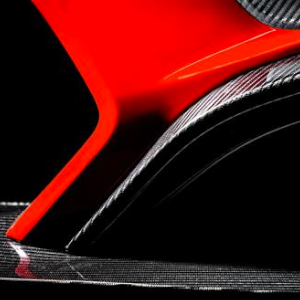 Zenvo Automotive A/S (‘Zenvo’) is to give a world debut to its new model at this year’s Geneva International Motor Show from March 6 to 18. In advance of this major premiere, Denmark’s only high-performance automotive company is launching a unique campaign featuring the world’s leading automotive photographers.

Details of the stunning new Zenvo model are being kept closely under wraps in advance of the Geneva show. It will be the third model in the Danish company’s line-up following the success of the twin supercharged TS1 GT and TSR models, and Zenvo’s CEO Angela Kashina expects even the most demanding of hypercar enthusiasts to be delighted at this latest development.

Spectacular opening
“With everything now in place to launch this fantastic new model onto the market it is hard for us to wait patiently for the Geneva International Motor Show to share this car with the world. The fact that we are holding back to the opening day of the exhibition on March 6 is a testimony to how much we value this event. As a European hypercar brand Geneva offers an unrivalled opportunity to connect with an international audience. This is the fifth consecutive occasion that Zenvo has presented itself at the show and we have always been impressed with the phenomenal response from visitors in the know. There can be no better platform to make a splash with our latest new innovation.”

Cars on film
In the run-up to this milestone moment in Zenvo’s journey, the company has launched a unique photo campaign to capture the exclusive essence of the brand. After a meticulous selection process among like-minded automotive professionals, Zenvo chose photographers from around the world to support a global campaign. All have a large following on social media and are well known for their distinctive work within the world of cars.

Each photographer will spend time making a dedicated shoot at special locations, with the Zenvo TS1 GT playing the main role in the visual storytelling. Starting this January, Zenvo will publish its favourite photo from the different shoots on its digital channels Instagram and Facebook each month. Once all the photos have been published in December 2018, the public will be given the chance to vote for the winning photographer with the best single exposure picture on Zenvo’s website.

Captivating stories
“The concept is to hold a photo campaign which showcases the work of today’s most talked-about professionals and their individual approach and style,” explains Zenvo’s Marketing Director Peter Van Rooy. “Moving away from the somewhat traditional marketing of supercars, we are looking for the captivating stories that these exceptional photographers will portray with our car. The campaign will offer an inspiring new take on how a leading hypercar brand and product is presented.”