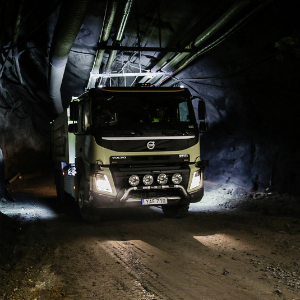 Volvo Trucks is now taking yet another important step in the development of autonomous vehicles. Over the next year and a half, self-driving autonomous Volvo FMX trucks will be tested in regular operations in the Boliden mine in Kristineberg, Sweden.

The aim is to examine how this technology can contribute to safe and productive transports in tough geographically-limited application areas. Just how well the trucks work in their difficult operating conditions can be seen in a new film now available on Volvo Trucks’ YouTube channel.

“Through our co-operation with Boliden, the development of autonomous vehicles is entering an exciting new phase. This is the first time ever that self-driving trucks are being tested in regular operations underground and the results will provide valuable input to our on-going mission to transform technical breakthroughs into practical customer benefits,” explains Claes Nilsson, President Volvo Trucks.

When Volvo trucks pulled the wraps off its autonomous Volvo FMX earlier this year, it attracted considerable interest in the industry. The research and development project of which this truck is a part reveals that self-driving trucks may offer a significant contribution to increased transport efficiency and productivity. For example, ports, mines and other geographically-limited and well-controlled environments with a large proportion of regular, repetitive driving.

Now it is time to test how the technology works in real-life situations. The first test site is the Boliden mine in Kristineberg in northern Sweden where the very first self-driving Volvo FMX truck will become operational this autumn. The truck will cover a distance of 7 kilometres, reaching 1,320 metres underground in the narrow mine tunnels, but over the coming year the operation will gradually increase to include another three similar vehicles.

System based on standard components

The vehicles used in the mine are series-built Volvo FMX trucks equipped with new functionality. Amongst other things, they include a system incorporating radar/laser-based sensors. This system was initially used to monitor the mine’s geometry and to generate a map of the route that the truck has to negotiate. The information gleaned was then used to regulate the vehicle’s speed, steering, and gear changes. On every new trip, the sensors are used to continuously scan the area around the truck and further optimise both the operation and the route. 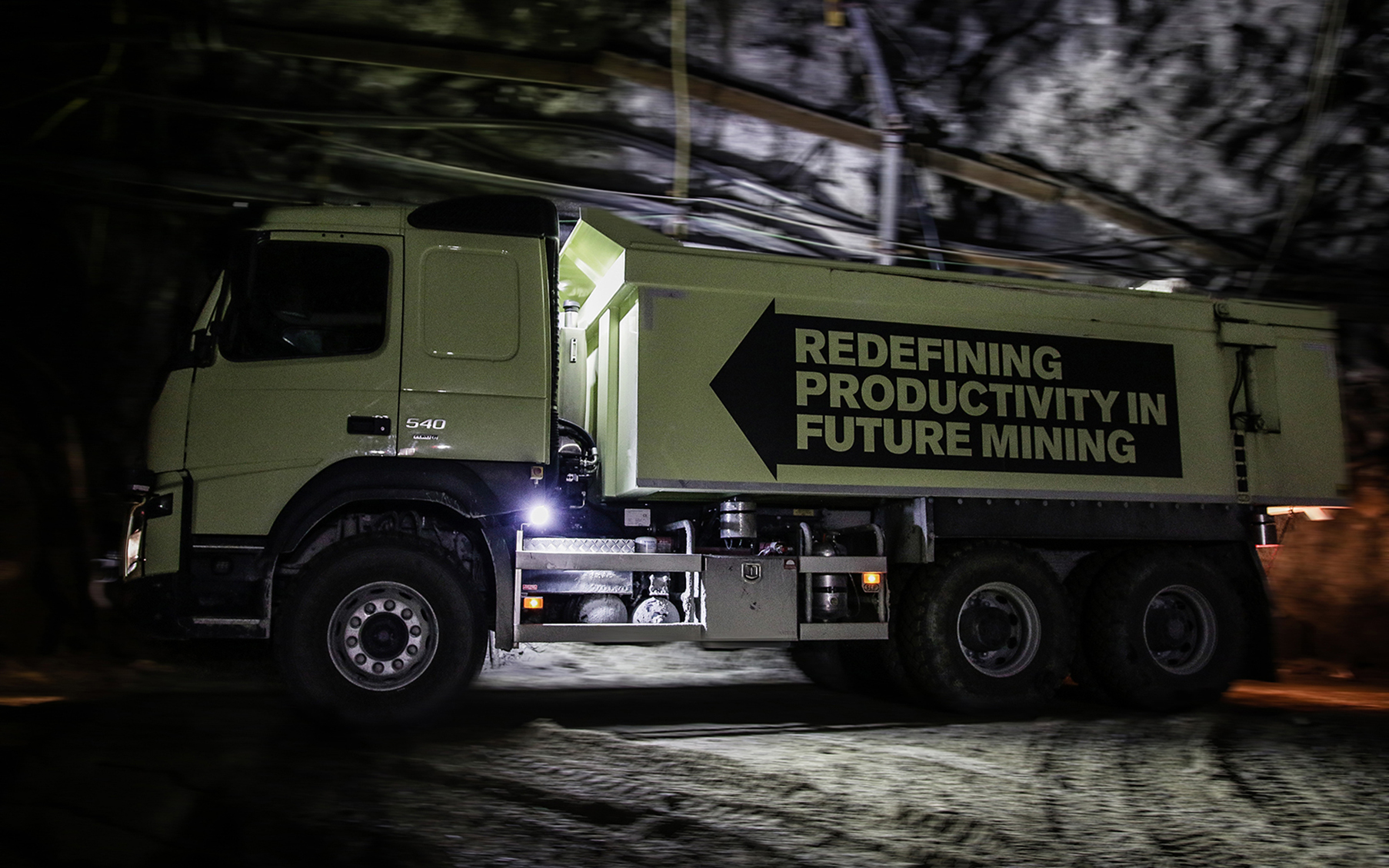 The technology used in the autonomous trucks makes it possible to optimise logistics in the mine in an entirely different way than at present. The trucks can operate continuously and, thanks to precise route planning and steady speed, there is no congestion making it possible to cut loading and unloading times. In addition, during blasting operations, drivers must usually wait until the mine gallery has been ventilated before the ore can be loaded, but with self-driving trucks there are no such restrictions. All this means that each truck can be utilised more efficiently and can carry out more transport tasks per shift. The vehicles become an integrated part of the mine’s overall production system. Smoother transport flow and steadier speeds are also accompanied by lower fuel consumption plus less wear and tear.

An autonomous truck must be at least as safe and reliable as a manually driven truck. For instance, if an obstacle appears near the truck, the vehicle will stop automatically and the transport management centre is alerted. Of the six sensors included in the system, there are always two that monitor the same part of the truck’s surroundings. If a fault occurs with the truck, it can be remotely operated from the transport management centre.

Tests involving self-driving vehicles are amongst several research and development projects in which Volvo is examining the scope for making trucks more autonomous. Several of the systems found in today’s Volvo trucks, such as adaptive cruise control (ACC), work towards the same goal. Thanks to today’s fast pace of technological development, the market will see more and more solutions that offer ever greater degrees of driver support. Self-driving trucks may gradually become an important complement in mining operations, for instance, but for transport operations on public roads the driver will continue to play the major role.

“This is the world’s first fully self-driving truck to operate under such tough conditions,” says Torbjörn Holmström, member of the Volvo Group Executive Board and Volvo Group Chief Technology Officer. “It is a true challenge to ensure that everything works meticulously more than 1300 metres underground.”

Torbjörn demonstrated how safe the truck was by standing in the middle of the mine gallery as the truck approached him, but as he says, “I was convinced the truck would stop, but naturally I felt a knot in my stomach until the truck applied its brakes !”