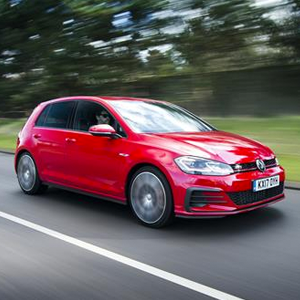 Volkswagen is celebrating a double victory at the 2017 BusinessCar Awards, with important class wins for both the recently revised Golf family hatchback and up! city car.

The updated Golf was named Best Lower-medium Car in the revamped awards, while the latest up! carried off the Best City Car crown.

The Golf’s influential award joins a long list of victories for the seventh generation of Volkswagen’s biggest selling model. This year alone, Golf has been honoured in the UK by the likes of Autocar, DieselCar, and HonestJohn.co.uk among many others.

The Golf’s award success is reflected in its showroom popularity, too. Only last month (August), and for the second month this year, Volkswagen’s biggest seller topped the SMMT UK sales charts, helping the brand to a 21.58% increase in sales versus August 2016*.

In 2016 a total of 72,762 new Golfs were sold in the UK confirming the model’s top spot among the five key pillars of the brand here alongside new Tiguan, Polo, Passat and the latest up!.

Commenting on the latest win for Golf Debbie Wood, BusinessCar Editor, said: “The Volkswagen Golf is one of the best all-round hatchbacks money can buy and thanks to some strong residual values and low running costs, it makes a great deal of sense on paper for fleets too.

“Proving overwhelmingly popular with the judges this year, the Golf, following a midlife facelift earlier in the year, is about as good as it gets.”

Meanwhile of the up! Debbie said: “Say ‘city car’ and the up! is always likely to be one of the first cars people think of. Its fun nature, low costs and good values made it the standout choice for the judges and the latest round of updates, although not substantial, help keep the car on top form.”

Following a decade of rewarding the best in the business with BusinessCar Awards, this year’s refreshed event saw comedian Zoe Lyons present the trophies at a black tie ceremony in London attended by around 250 fleet industry and automotive executives.

The BusinessCar Awards were judged by a panel of industry experts, while a selection of fleet managers helped to decide the overall winners in the headline award categories. Well-known motoring editors, experts in residual values and the chairmen of both ICFM and ACFO also joined the panel.