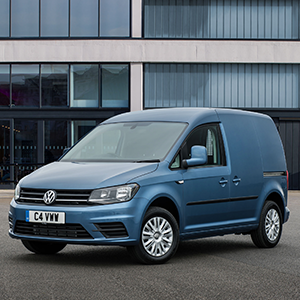 A van business in Derby is celebrating after scooping three awards from motor giant Volkswagen.

Imperial Commercials Volkswagen Van Centre Derby, based in Ashbourne Road, claimed the Best Overall Sales award as well as scooping a bronze award in the Overall Top Performing Dealership category – putting them third in the country.

The dealership picked up the prizes at the Volkswagen Commercial Vehicles dazzling awards ceremony at 8 Northumberland, a grade II listed building in central London and have since gone on to win the Quarterly Customer Satisfaction Award for quarter four of 2016.

It represents a successful spell for Imperial Commercial VW Van Centre Derby and Head of Business David May says he is really proud of his team.

He explained: “It has been a great 12 months for us and it all goes down to the hard work that our team have put in.

“To win one award at the ceremony was one thing but then to be awarded the Overall Bronze for third best dealership in the country was superb. Last year we were 43rd and we’ve taken big strides so I’m over the moon about seeing our achievements rewarded.”

David, who has been in his role at Derby since 2015, but has worked within the Volkswagen Commercial Vehicle franchise since 1979, said the customer satisfaction award shows high levels of recognition by all the business’ customers.

He added: “You’re on a high from winning two awards then you’re told that you’ve won a customer satisfaction award too – it’s fantastic.

“I’m proud of this award. We work hard with our business partners in and around Derby and our dedication to an excellent customer experience is now being recognised by our customers so we’re all thrilled here.

Sales and fleet opening hours are 9am – 6pm Monday to Friday and 8.30am – 1pm Saturdays