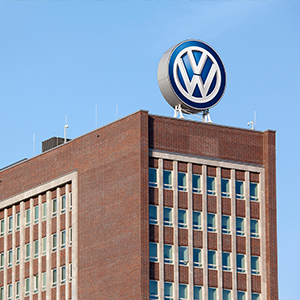 The Volkswagen Sustainability Magazine’ is receiving broad acclaim within the communications sector and has been honoured with prestigious communication and design awards.

The fundamental idea behind the Group’s newly created magazine is a frank, self-critical and dialogue-centred approach to communication with external experts and representatives of interest groups.

Shift thus symbolises the new beginning in the Volkswagen Group’s sustainability management and stakeholder communication in the wake of the diesel crisis.

It was announced last week that the magazine Shift has won a silver medal in the largest European communication competition, the Best of Content Marketing Award (BCM Award). In the ‘Econ Awards Unternehmenskommunikation’ for corporate communication, the magazine is on this year’s shortlist.

Shift has already received three accolades in this year’s Spotlight Awards from the League of American Communications Professionals (LAPC). Accordingly, it ranks among the “top 25 communications materials of 2016” worldwide, has received a platinum award and has ultimately been cited as one of the “most creative materials across all categories”.

At New York’s Astrid Awards, too, the magazine was able to secure a medal in the category for Social and Public Responsibility: bronze was awarded for communication design.

Shift sees itself as a discussion forum, mirroring a new spirit of openness within the Volkswagen Group. The sustainability magazine is self-critical and confrontational, discusses conflicts of objective, and creates a platform even for critical opinions from outside with contributions, essays, reports, comments, disputes, presentations of pros and cons as well informative graphics. During the diesel crisis, the Volkswagen Group appointed a sustainability council made up of renowned international experts, which was first introduced in Shift and has in the meantime begun its work.

The BCM Award is organised by Content Marketing Forum e.V. and the trade journals acquisa, Horizont, werbewoche and persönlich. Responsibility for the Econ Awards lies with Econ Verlag and the Handelsblatt Group; a panel of judges comprising specialists in corporate communications takes the decisions. The highly regarded League of American Communications Professionals (LACP) is an association that develops PR standards worldwide and presents the best practices to achieve them.