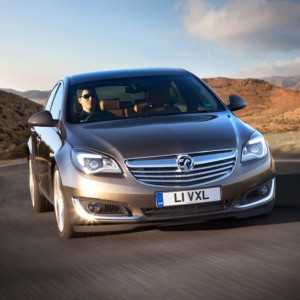 Lower prices and an increased number of options will help Vauxhall overcome Ford as market leaders by 2016, the company’s Chairman has insisted.

Duncan Aldred, who is also Managing Director of Vauxhall, claims the ambitious goal is an achievable one, despite industry scepticism.

Up to the end of July, Vauxhall were 38,000 registrations behind Ford in the UK market, leaving much to make up if there is to be a change of leadership.

However, Vauxhall are currently not only price cutting across the board, but also planning to introduce 33 new models and 20 new engines by 2016.

The heavily-revised Insignia, which is just about to go on sale, is up to £4,825 cheaper than the previous model.

Mr Aldred said: “Our pricing had opened the door for the premium brands to come in and match us.

“Now every model in the Insignia range is cheaper than it was and at a price where it should be.

“There will be price reductions on other models – not overnight, but as new cars come along.”

A brand specialist at Vauxhall added: “The Insignia already out-sells the Mondeo by around 10,000 a year.

“The sales balance between the Astra and the Focus fluctuates – but we think we can get it to maybe a couple of thousand in front.

“However, the main battleground in the fight for UK market supremacy will be between the Fiesta and the Corsa.

“We have a new Corsa coming along in early 2015, but there is going to be a new Fiesta as well – currently the Fiesta out-sells the Corsa by thousands.

“We have to get closer.”

Vauxhall will also get a new Astra in 2015, and there will be an additional city car to join the Adam.

There are also hints of another crossover, smaller than the Mokka, to feed a growing sector of the market.

“The price reductions on the Insignia merely reflect the deals that were already happening, and have been made possible by much-reduced dealer margins, which leaves less scope for heavy discounting.”

Additional reporting by headlineauto, with thanks