What Van? Reveals It’s LCV Of The Year 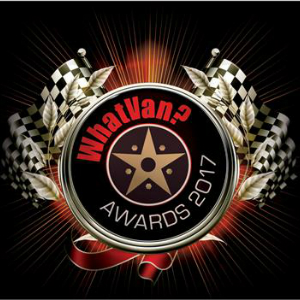 The Citroen Dispatch, Peugeot Expert and Toyota Proace are the 2017 What Van? Light Commercial Vehicles of the Year.

It is the first time the award has been shared between three outstanding vans.

Citroen, Peugeot and Toyota collected the coveted trophy at the exclusive What Van? Awards luncheon held in partnership with Truckman, FORS (the Fleet Operators Recognition Scheme), Crystal Ball and Trucksmith at the Brewery in central London on 13 December.

The models also jointly won the won the Medium Van of the year Award.

PSA Peugeot-Citroen builds the new Dispatch, Expert and Proace at its Sevelnord plant near Lille in northern France and What Van? Editor James Dallas said:

“The vans represent a significant step up in terms of quality, practicality and economy compared with their predecessors.”

The trio have entered the biggest-selling sector of the UK light commercial market and one that is extremely competitive with high-quality models such as the Ford Transit Custom, Renault Trafic, Vauxhall Vivaro, Volkswagen Transporter and Mercedes Vito all vying for attention.

Dallas added: “The PSA pair and Toyota needed to up their game – and with the new generation models they most certainly have done.”

There were two new inductees into the What Van? Hall of Fame, Dave Petts of Ford, who has done so much to establish the Transit as the UK’s most famous and biggest-selling van brand, and What Van? magazine itself, which was originally known as the Good Van Guide and is celebrating its 30th anniversary before undergoing a major redesign in the New Year.

Fiat Professional scooped both the Small Van and Light Van of the Year prizes for its respective Fiorino and Doblo Cargo vans while the Iveco Daily was crowned Large Van of the Year.

The Nissan Navara took the Pick-up Award and Volkswagen was recognised for having the best website.

“The last 12 months have been exceptional in terms of the outstanding new product that has come to market,” Dallas said, “so it’s a pleasure to be able to recognise the best in the business.”