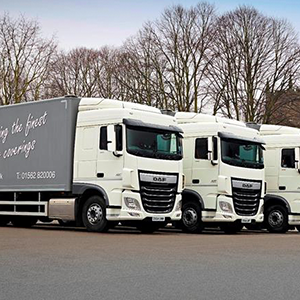 More than half (56%) of UK fleets are already operating at least one alternative fuel to traditional petrol and diesel models or are planning to do so in the next three years – an increase of 6% since 2015.

Shaun Sadlier, Head of Arval’s Corporate Vehicle Observatory in the UK, said: “It is obvious that the twin dominance of petrol and diesel that has characterised the company car and van sector for many, many years is being challenged by credible alternatives.

“Modern fleets are moving towards a portfolio of drivetrain technologies and are rapidly becoming conversant in which choices work most effectively in different types of applications.

“We are seeing both a push and a pull effect in action. On one hand, plug-in hybrids and pure electric vehicles have become much more usable, well-priced and appealing products in recent years while, on the other, we have seen pressure on diesel because of concerns on air quality.”

The research also shows that the UK is among the European leaders in the adoption of alternative fuels, being among the top three for every different alternative drivetrain choice in a table of 13 countries.

Shaun said: “This is unsurprising to us. We see a high degree of enthusiasm in UK fleets and a willingness to try out new ideas. Partially, this is because of the UK company car and general motoring tax regimes which favour low emissions vehicles, but there is also a recognition that many of the new drivetrains, when operated effectively, have definite cost and efficiency advantages.”

However, in the UK there is wide variance in the adoption of alternative fuels between smaller and larger companies. While 78% of larger fleets (more than 50 vehicles) are either using them already or plan to, the penetration drops to 66% of medium fleets (10-49 vehicles) and 44% of smaller fleets (1-9 vehicles).

Shaun said: “There is undeniably a big difference between small and large fleets and it could be that, as an industry, fleet needs to better educate operators of all businesses on the advantages of these new drivetrains. Otherwise, there is a possibility that smaller businesses could miss out on the benefits that they bring.”