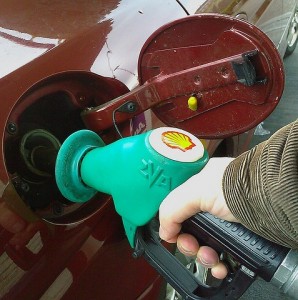 The calls, backed by the National Franchised Dealers Association (NFDA), follow the results of a survey showing the attitudes of motorists towards sky-high costs.

Trusted Dealers claim a cut of 10p per litre on fuel duty would save the average motorist £300 every year.

Neil Addley, Managing Director of Trusted Dealers, said: “People’s priorities are clear, with concern about fuel costs scoring so high because it is a necessity.”

This means, on average, motorists are now spending almost £1,300 more a year filling their cars.

Since March 2011, the UK duty rate for unleaded petrol, diesel, biodiesel and bioethanol road fuels has been 57.95p per litre.

This means that out of November’s average UK unleaded pump price of 129.89p a litre, motorists would have paid the exchequer a total of 79.6p, when including 21.65p VAT.

The Chancellor is expected to announce a freeze on fuel duty in his statement today, but Mr Addley says this is not enough.

“We must have bold relief from a burden created by successive governments who have viewed motorists as a cash cow to be bled while occasionally justifying swingeing duty with lip service to environmental issues,” added Mr Addley.

“It impinges on what is often a vital lifeline for individuals, particularly the poorest, erodes business margins and weakens national competitiveness with European countries, most of whom have a far lower fuel duty rate.

“With the recovery fragile at best and most consumers and businesses yet to feel it, a ‘holding pattern’ on fuel duty pending a future increase is not an option.

“The Chancellor now has a golden opportunity to capitalise on the biggest fall in petrol and diesel in five years and stimulate a real recovery by significantly reducing the cost of motoring and getting Britain moving again.”