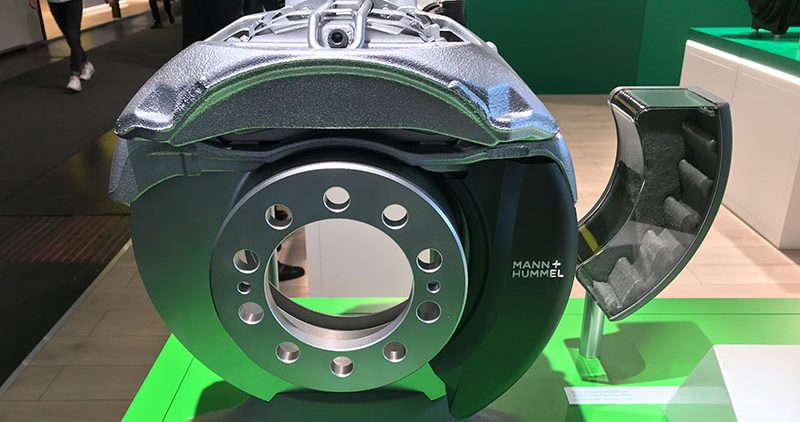 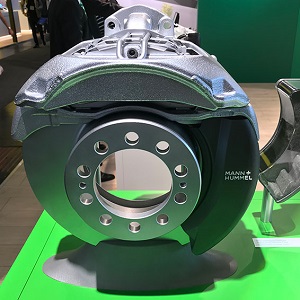 Vehicle emissions don’t come from just a tailpipe. German auto supplier Mann + Hummel has developed a filter that captures 80 percent of dust pollution from disc brakes before it reaches the air.

Catching brake dust at the source also helps reduce dirt buildup on alloy rims. It also reduces hard-to-remove embedded brake dust. The filter is replaced when brake pads are changed. Testing shows that it resists wide swings in temperatures as well as snow and rain, the company said.

Automakers that have tested the filter like it, but they are wary of its weight and cost, Spath said. The filter weighs a little over a pound. Mann + Hummel did not disclose the price.

“They are very open. But you also need some push from the government because this means an additional component and some costs,” he said. “We’re convinced this is the right way to go. It’s a question of time.”

“Cleaning up engine exhaust before it exits the tailpipe remains absolutely critical, but other sources of truck pollution like brake dust are increasingly important as tailpipe pollution declines,” said Don Anair, research and deputy director of the Clean Vehicles Program at the Union of Concerned Scientists.

“It’s more important than ever to invest in cleaner vehicles and fuels and to put policies in place that make sure those technologies get on the road,” he said.

John Boesel, president and chief executive of Calstart, a green commercial vehicle technology non-profit, said he was not surprised that a German company developed the brake dust-capturing technology.

“As we clean-up tailpipe emissions, we are learning that brake dust emissions are significant and harmful to human health,” Boesel said. “Particularly in Europe, regulators are paying attention to brake emissions.”

So-called wall flow filtration has been the “gold standard” for capturing particulate emissions for the last 15 years, said Ben Sharpe, senior researcher at the International Council on Clean Transportation.

“However, innovation is constantly happening, and we are encouraged to hear about novel systems,” Sharpe said. “As with any new technology, we would expect that these new emission control systems would be rigorously tested and evaluated before being approved for commercial use.”