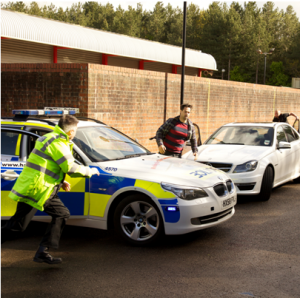 Vehicle recovery experts Tracker salvaged a whopping £12.5million worth of cars nationwide last year – with more than half stolen and located in London.

The South East saw the highest number of stolen cars being recovered during 2012, with Kent and Surrey also featuring in the top ten.

Stuart Chapman, Police Liaison Officer for Tracker, said: “Out of all the cars we recovered in 2012, over half were in Greater London.

“In contrast Devon and Cumbria had the lowest number of recoveries, suggesting that car thieves tend to focus on urban areas and big cities.

“Our award-winning technology has helped police locate and return a significant number of vehicles to their owners in 2012 alone – proving the value of this system again and again.”

Tracker stolen vehicle recovery systems work like an electronic homing device, and are the only system of their type operated by all UK police forces.

A covert transmitter is hidden in one of several dozen places around the vehicle, with no visible aerial.

Unlike other tracking systems, the device works even if the vehicle is hidden in a garage or taken abroad.