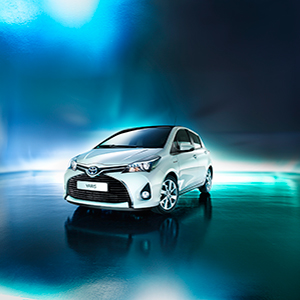 Toyota are set to significantly refresh the Yaris this summer.

New styling, improved interior and better vehicle dynamics will adorn the supermini, Toyota claim, as the vehicle looks to follow in the footsteps of the new Aygo.

The new Yaris will integrate a distinctive cross shape, centred on the front emblem, which separates the new-look upper and lower grilles.

At the rear there will be restyled light clusters fitted with LEDs, with the car’s overall stance modified through integration of a diffuser in the rear bumper and a reshaped licence plate surround.

Inside, Toyota are looking to make improvements in three principal areas: a greater feeling of roominess and dynamic appeal; higher levels of perceived quality; and more choice in terms of colours and equipment.

Further details will be announced by Toyota in the near future.