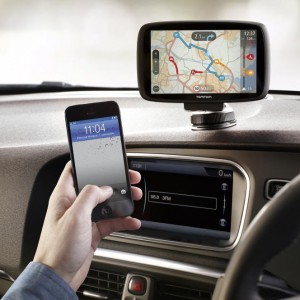 TomTom’s overhauled GO satellite navigation system will be available in three different sizes starting from £160, it has been announced.

The completely redesigned navigation range can be purchased in 4.3”, 5” and 6” screen sizes, with each version flaunting the same innovative features.

A new Interactive Map, Lifetime TomTom Traffic and 3D Maps allow drivers ‘to know precisely what is going on around them, as well as what lies up ahead’.

All devices are available in-store and online from this month.

The TomTom GO Smartphone Connected series is designed to receive TomTom Traffic and other services – for example, TomTom Speed Cameras – by connecting to a smartphone via Bluetooth.

Meanwhile, the TomTom GO Always Connected, which offers drivers TomTom Traffic straight out of the box via in-built SIM card, will be available later this year.