Taxes To Pay For Almost All Maintenance Spending 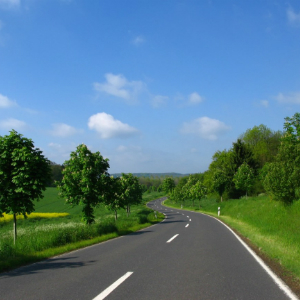 New independent research conducted by the Freight Transport Association (FTA), the largest membership association in the freight and logistics sector, and released today (15 November 2017), has shown that HGVs pay enough tax alone to cover almost the whole of UK spending on road maintenance.

The report, prepared for FTA by RepGraph ahead of the Budget next week, has shown that not only do lorries more than pay for all the wear and tear effect they have on the roads, but in fact they pay 94% of the UK’s total spending on road maintenance.

The report finds that heavy goods vehicles pay three times more in tax than the estimated cost of damage to infrastructure.

Between 2015 and 2016, central and devolved governments and local authorities spent around £4.7 billion on road maintenance. HGV taxes (vehicle excise duty, road user levy and fuel duty) raised in the same period £4.4 billion. The cost estimate for infrastructure damage imposed by HGVs totalled only £1.5bn. The total tax take from motor vehicles was £33.5 billion – more than seven times as high as the road maintenance budget.

FTA’s Head of National and Regional Policy, Christopher Snelling commented: “This report supports FTA’s central points for this Budget – road freight taxes are too high and vital infrastructure spending is too low.

“Taxes on UK road freight are already the highest in Europe – any further increase would add to the cost of doing business in the UK and the cost of goods in the shops. Instead of raising duty, the Government should cut taxes on road freight to help stimulate the economy.

“The fact that HGV taxes alone almost pay for the whole of UK road maintenance also shows that Britain still does not support the quality of the roads well enough. Whether it is potholes, road closures or long running road works, we all suffer when the roads donot work as they should. Congestion is bad for the environment as well as the economy. The UK Government should provide for more spending by Highways England and our local authorities to ensure the roads are fit for purpose.”

FTA is the UK’s largest and most influential membership association in the freight and logistics sector, with more than 16,000 members operating over 220,000 goods vehicles – half the UK’s fleet. Established in 1889, FTA’s members move goods by road, rail, sea and air, consign over 90 per cent of the freight moved by rail and 70 per cent of sea and air freight.