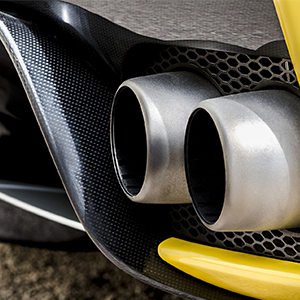 The announcement by London Mayor Sadiq Khan to introduce an emissions surcharge on older, polluting vehicles within the city has been welcomed by the Freight Transport Association.

“It is incumbent on all of London’s road users to work together to reduce emissions in the capital, to help improve the city’s air quality.  The freight industry has been meeting tougher emissions standards for nearly ten years, with transport companies complying with the London-wide Low Emission Zone.  The announcement brings cars and the small minority of older more polluting vans and trucks into line with the LEZ requirements, and will undoubtedly benefit Londoners in health terms.”

The Emissions Surcharge, also known as the “T-Charge”, will come into effect in the Central London Congestion Charge zone from 23 October 2017.  It is estimated that up to 10,000 vehicles may be subject to the new emissions levy in addition to the Congestion Charge.  It will apply to diesel and petrol-powered vehicles that do not meet the Euro 4 standard on emissions, which was introduced 11 years ago.

“At FTA we are constantly working with government and our members to improve air quality nationwide through considered environmental policies,” she continues, “and will be encouraging the small number of commercial operators that may be affected to check if their vehicles comply.  The Transport for London website has all the necessary data, and we would urge operators to take action quickly, as they have little more than eight months to prepare for the zone’s introduction.”

However, the Association says that there are more pressing policy concerns for transport operators, in considering changes to the planned Ultra-Low Emission Zone which is likely to impact on a much larger number of organisations.

“The Ultra-Low Emission Zone is going to have a far bigger impact on the freight industry as a whole, especially if the Mayor decides on an earlier start date than the original plan of 2020 and widens out the geography of the zone beyond the Congestion Charge area.  FTA is particularly concerned about the effect its introduction will have on van operators, not least because the new Euro 6 – the ULEZ standard – was introduced for new vans registered from last September.

This means that vans which are little more than two years old could be banned from the capital’s roads, which will put a strain on London’s supply chain and cause financial hardship for many SMEs across the region.  FTA will continue to negotiate with the Mayor’s office to ensure that our members can keep London moving, while maintaining improvements in the capital’s air quality.”