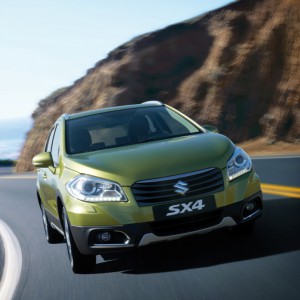 Suzuki are looking to capitalise on soaring sales figures by boosting their fleet presence, the company’s National Corporate Sales and Remarketing Manager has admitted.

Andrew Wale, who recently joined Suzuki from Nissan, revealed he is striving to ensure fleet sales begin to reflect the massive growth of their retail arm.

Suzuki enjoyed 34% sales growth in the first half of 2013, catapulting them into the UK top 20 – ahead of Volvo and Mazda and just behind Renault.

“Suzuki today is like Honda was 20 years ago when I joined them,” said Mr Wale.

“That means plenty of opportunity to expand the corporate and fleet sales business, without hurting profitability.”

Suzuki are gearing up for more fleet sales growth with September’s new S-Cross.

Mr Wale expects business sales to grow to 5,000 a year over the next four years as the company increase their focus on corporate sales.

His first priority, he claimed, has been to build closer links with CAP and Glass’s to establish residual values for new models ahead of launch.

“The work we are doing on residual values for fleet will benefit retail customers too because it will mean lower monthly payments,” he added.

Mr Wale said he plans to ‘ease the dealers into fleet sales’.

The 145-strong dealer network will be able to use Suzuki contract hire, developed with Lex Autolease, to offer buyers competitive terms, he said.

He believes the idea of business centres, used by some manufacturers, notably prestige brands, does not work.

“They are too expensive to run and anyway, 80% of business sales are made through only six or seven dealers,” he claimed.

Instead, ten Suzuki dealers will be used to focus on business sales.

“It’s more about product, pricing and servicing than worrying about the colour of the floor tiles,” he said.