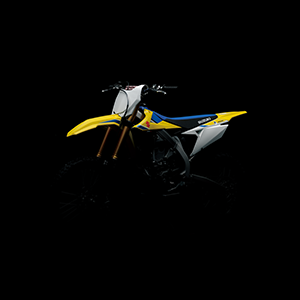 Suzuki has announced details of the new RM-Z450, which gets an all-new chassis to reduce weight and improve handling performance, an improved and updated engine that produces more power and torque, plus the newest version of the Suzuki’s holeshot assist and traction management, all wrapped in fresh new styling for 2018.

The 2018 RM-Z450 gets a completely new chassis, with a frame that improves cornering performance, stability, and shock absorption, thanks to a weight reduction of 700g and further optimised rigidity. A new swingarm follows a similar design philosophy, and sees a further weight saving of 100g to contribute the improved handling performance. The subframe gets a new hexagonal structure that improves rigidity, and with a slimmer design it improves the overall look of the bike. An added practicality benefit is the ease in which the air filter can be removed.

In turn, the seat rails are moved closer together and raised to help accommodate the new rear shock; Showa’s Balance Free unit. It means the RM-Z450 becomes the first production motocross machine to adopt Showa’s premium, race-proven shock, which uses an external damping circuit to avoid variations in the balance of pressure. The movement of the damping mechanism to the outside of the cylinder optimises oil flow and achieves smooth, controlled responsiveness to deliver better absorption over bumps and increased traction.

For 2018 front suspension is again provided by Showa, with new coil spring forks replacing the air forks of the previous model. The new, larger forks improve responsiveness and feel for the rider. Fork diameter is increased from 58.5mm to 59.3mm.

The changes to the RM-Z450’s chassis mean the wheelbase is now shorter, 1480mm down from the 1495mm of the previous model, with the headstock moved 10mm backwards and the handlebars moved 7mm forward, to increase the bike’s agility. Bars remain Renthal, but are straighter and flatter to allow riders to easily shift their weight over the front of the bike.

Weight saving is not only achieved by the new RM-Z450’s frame and swingarm. A new fuel tank, which goes from aluminium to resin reduces weight by 275g, while also increases capacity from 6.2 litres to 6.3 litres. Lighter front and rear wheels save 70g, 34g are saved with a new top yoke, 30g with a new chain guide, and 246g with a new seat.

A new, bigger front brake disc, which goes from 250mm to 270mm, and new rear brake master cylinder improve braking performance, while a new guard helps protect the engine during races, and covers the water pump and magneto cover.

The RM-Z450’s engine delivers higher peak power and improved low-midrange torque for 2018, as well as an improved throttle response. New and smoother porting in the cylinder head has increased tumble flow by 25%. It helps with a more efficient combustion and helps achieve a higher peak power without sacrificing low-to-mid range power. A 30% larger air filter aperture increases power output at all engine speeds. A new intake cam profile raises valve lift, improving intake efficiency and further helps to increase power across the rev range. As a result, there’s also a new piston designed to endure the higher peak power output.

Throttle response is improved thanks to a variety of changes, including a new fuel pump which increases fuel pressure by 17% and promotes more effective mixing of air and fuel. There’s also a new throttle body and fuel injector, which now injects fuel upwards and directly onto the butterfly valve.

The very latest version of Suzuki’s holeshot assist system means the new RM-Z450 is even better equipped when it comes to launching from the gate and leading into the first corner. The system optimises ignition timing and offers two modes for riders to choose from, depending on the conditions.

The 2018 RM-Z450 also gets an evolved version of Suzuki’s traction management system. The ECM – which boasts 1.6x faster data processing and 2.5x the memory capacity – monitors the throttle position, engine speed, and gear position. The information is used to control ignition timing, adjust the fuel injection rate and control engine output to optimise traction to best match the riding conditions.

It differs from road-going traction control in that it does not monitor rear wheel spin. Instead, it operates based on programming coded into the ECM. It does not control traction once the wheel spins, but delivers constant control that maximises traction. 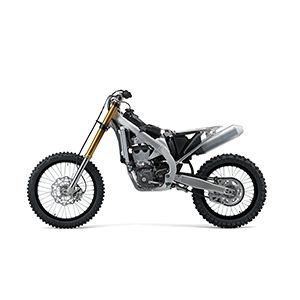 The RM-Z450’s new chassis and upgraded engine is all wrapped in new bodywork, with more aggressive styling that imitates the factory race bikes. Close attention was paid by the design team to the lines and flow of the new machine, with a sharper design to the bodywork and the machine’s livery design.