State Of Roads Cause Headache For UK Plc 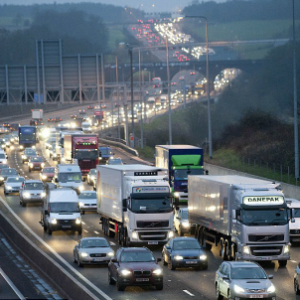 The majority (81%) of company car drivers think that motorway journey times are becoming less predictable due to roadworks and congestion, according to new research from RAC Business.

In fact, nearly half (46%) of those interviewed as part of the RAC’s Report on Motoring 2016*, state that traffic congestion and slower journey times are some of the biggest motoring challenges they face. For 15 per cent it is their top concern, more so than the cost of fuel, the environmental impact of motoring or the availability of parking.

The findings provide a snapshot into the issues facing UK motorists and shows how the impact of delays, road works and congestion is beginning to take its toll on the UK’s business community – prompting a call for immediate action ahead of the Chancellor’s Autumn Statement next month.

For example, nearly three quarters (71%) think much tougher steps should be taken to reduce traffic congestion and a half (53%) would be willing to pay more motoring tax if the additional revenue was ring-fenced to improve roads. This is a massive leap from last year’s figure of 42%.

Jenny Powley, corporate business sales director at RAC Business, comments: “While the last five years have seen the biggest investment programme on the strategic road network for almost a generation, it is clear that we still have a long way to go.

“UK businesses are being affected every day by congestion and delays. We would urge the Chancellor, Phillip Hammond, to listen to the voice of the business community which is crying out for more money to be invested in Britain’s motorways and trunk roads.

“Encouragingly, the Chancellor hinted that he might address road investment in his upcoming Autumn Statement. He recently spoke of investing in “genuinely productivity-enhancing infrastructure” and one thing is for sure, our roads fit this criteria.

“If company car users can get to meetings on time, they will be more efficient and productive and can invest their energy in driving forward growth and new business rather than wasting away the day in costly and futile traffic jams.”