Sportage And Sorento In The Diesel Top 50 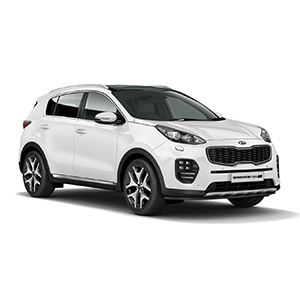 Multiple models from the Kia UK product line up were again recognised with category and overall wins in this years’ Diesel Car Used Car Top 50, following much praise in the 2017 awards.

The Kia Sportage (2010-2016) claimed the top spot on the list and was named the overall winner by the Diesel Car and Eco Car panel of judges. The Sportage was commended for its striking and distinctive design, efficient and quiet diesel engines, low running costs and competitive value for money.

The ‘Best Large SUV’ award went to the Kia Sorento (2010 – 2015) with praise from the judges on its practicality, safety and punchy engine performance. Elsewhere on the list, the Kia cee’d came in at number 16 on the Used Car Top 50 list. Like all Kia models, all cars featured in Used Car Top 50 from the Korean manufacturer boast excellent reliability and peace of mind, due to the its industry leading seven year warranty which is transferable to future owners.

Ian Robertson, Editor and Publisher of Diesel Car and Eco Car commented on the Kia’s success: “In just its third generation, Kia cracked the SUV nut with its terrific Sportage. Families have never had it so good, and the Sportage not only looks great, but its 1.7- and 2.0-litre diesel engines are quiet, reliable and cheap to run. An ideal size for crowded British streets, a sublime Peter Schreyer design, competitive pricing and that class-leading seven-year warranty, all put it in pole position in this year’s Top 50 countdown.”

Commenting on the Sorento’s ‘Best Large SUV’ accolade, Ian continued, “Building a loyal following, the Sorento is a solid large SUV, largely powered by a punchy 2.2-litre CRDi diesel offering 194bhp. The more powerful unit is best and has proved to be a reliable motor, offering plenty of power for towing large trailers. It came with a solid five-star Euro NCAP rating, and there’s reasonable room for kids in the third row of seating.”

These accolades come at a fruitful time for the Kia UK business. Not only has the Sportage model proven its popularity again by being the brand’s best-selling car in 2017, but the Sorento continues to impress customers as a new model is introduced, featuring an all-new 8-speed automatic gearbox, GT-Line body styling and a desirable technological features. All this on top of another record breaking sales year for the business.

Paul Philpott, President and CEO of Kia Motors (UK) Ltd. commented on the awards, “This recognition for two of our most popular SUVs is very pleasing and matches the enthusiasm of our ever growing customer base in the UK. The Sportage continues to be a favourite for customers and our dealers alike, as they have the advantage to sell one of the most popular vehicles in the market. Sorento, which enters a new phase in its product life cycle this year, is not only popular with customers but elevates our brand perception. Both vehicles, alongside cee’d and Picanto, contribute significantly to our record sales in the UK, despite the challenging market conditions.