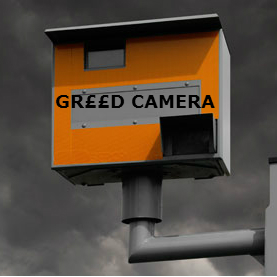 An overwhelming number of motorists believe that speed cameras are currently being used as cash generators and not as safety cameras.

In a poll undertaken by www.motoring.co.uk, 88 per cent of the respondents believe that speed cameras are used by police forces to generate income.

This poll comes as a response to the comments raised by Bedfordshire’s Police and Crime Commissioner, Olly Martins. He has proposed to raise money for his force by permanently switching the SMART Motorway cameras on the M1 motorway between Junction 10 to Junction 13.

Mr Martins said: “I am running out of levers to pull to keep Bedfordshire Police viable. We’ve had a council tax referendum. We’ve extensively lobbied the Home Office for fair funding but they haven’t listened and the chancellor’s spending review at the end of the month means we face more cuts.”

He justified his intentions by stating: “Strict enforcement of the speed limit could raise £1m and to me that’s better than losing 25 more police officers.”

To raise the necessary £1 million, the cameras would need to catch 28,000 motorists and put them on a speed-awareness course, each paying the £90 fee of which the government receives £35. This amounts to 76 drivers caught every single day.

However, the National Police Chiefs Council (NPCC), has refuted the claims that speed cameras are cash generators for police forces up and down the country.

A spokeswoman from NPCC said, “This statement was made by one police and crime commissioner relating to their individual force. The NPCC position is that speed cameras are used for road safety, not income generation.”

Terry Hogan, Co-Founder and Director said,”Speed cameras should be a safety device, not a money-making scheme. The two basic taxes on motorists, Vehicle Excise Duty and Fuel Duty already rake in over £30bn per year for the Government”

“We’re fully supportive of initiatives that help improve safety for the motorists, cyclists and pedestrians that share the roads. But treating speed cameras as a cash cow is not something that they were designed for.”