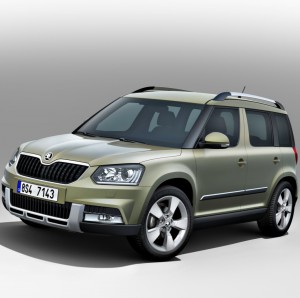 Skoda’s new Yeti will be priced from £16,000 and offer two versions, it has been announced.

The facelifted crossover – which is on order now for January delivery – will enjoy lowered CO2 outputs on selected models and come in Yeti and Yeti Outdoor options.

Offered in front-wheel-drive form only, the Yeti is available in three trim grades: S, SE and Elegance.

It comes with the option of three engines, including a frugal 1.6 TDI CR 105PS DPF GreenLine II unit that emits just 119g/km of CO2.

The Yeti Outdoor delivers a noticeably more rugged look than the two-wheel-drive Yeti.

It is available in four specification levels – S, SE, Elegance and L&K – and in two petrol engines and four diesels, with power outputs ranging from 105PS to 170PS.