Those who serve their country ‘missing out’ on car deals 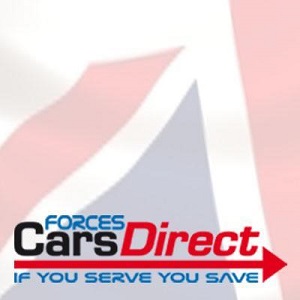 Many thousands of men and women in the armed forces – and those who have retired – are missing out on huge discounts on new cars offered by most of the major motor manufacturers to military personnel.

The discounts are offered specifically to those who serve their country and their families but most Armed Services personnel are missing out because they are completely unware of the specially negotiated deals.

The CEO of Forces Cars Direct, Steve Thornton, who served in Iraq with the Army, explained: “The deals we have brokered with the manufacturers go above and beyond what people could negotiate for themselves. Typically, we save our customers £4,500-£5,500 on average, however some makes and models do attract a much higher discount, some over a staggering £10,000!

“The majority of the military community – between serving and retired –  aren’t aware that Forces Cars Direct works in partnership with many manufacturers to facilitate this specialist programme to recognise how they have served their country.  We want to raise awareness to anyone from the military who is thinking of buying a new car that they are likely to be missing out if they don’t take advantage of our unique programme.

Started in 2001, Forces Cars Direct have pioneered a market lead in sales of cars to the Armed Forces and made in excess of £60million in savings for their customers since then.

Mr Thornton, who co-founded the company, puts a personal belief in providing outstanding quality to those who’ve served in the Armed Forces at the heart of the business: “Being ex-military myself and having had an experience buying a car in Germany which wasn’t the best, I felt that a better service was warranted. On leaving the Army I found myself in the car trade and quickly realised that more could be done for our military community. Since then I have worked closely with all the manufacturers to gain special terms in recognition of their service.

“Every year about 2000 people do take advantage of Forces Cars Direct deals but given that hundreds of thousands more people actually qualify for the scheme we know awareness is very low.

“We started with overseas tax free sales which saved the VAT and additional discounts negotiated direct with the manufacturers. Soon after, we pioneered a new programme for UK based serving military and have now opened it up further to ex-military, MOD and reservists, no matter their length of service or when they served.

“A number of our employees are ex-military, like myself, so they know what military life is all about. We can really connect instantly with those who have served. We feel we are giving something back, hence our tagline:  If you serve, you save.”