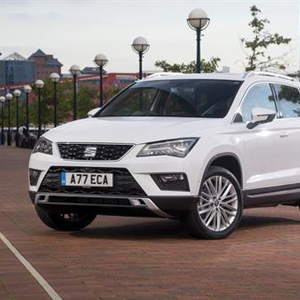 SEAT Vice-President for Sales and Marketing Wayne Griffiths made a very positive assessment of these results. “The reason for our sales success is the product offensive we began in 2016 with the Ateca and continued in 2017 with the Leon facelift, the fifth generation Ibiza and the new Arona. Not only did we obtain our best result since 2001, but we have also become one of the fastest growing brands in Europe and we are on the path to continue increasing our sales volume. We have renewed our product range and will see the full impact of the Arona on sales in 2018, which adds to our overall optimism for this year’s results”.

Historic record in key markets
SEAT’s sales success is bolstered by solid growth in the brand’s main markets. Germany spearheads SEAT sales, exceeding 100,000 units for the first time since 1991, and with 102,100 vehicles sold (+13.4%) posts its best result in history. Right behind Germany in second place, Spain is making strong progress with a sales increase of 23.1% to reach 95,100 units sold. SEAT also achieved its best ever result in the United Kingdom, third in sales volume for the brand, with an 18.3% growth (56,200 cars sold). Two other main markets following the UK are Mexico (24,700 cars; +0.7%), where SEAT continues to grow despite the difficult market environment, and France (24,200; +15.6%).

2018, the year of the Arona and the new 7-seater SUV
SEAT is going to continue its product offensive in 2018 with the launch of its new SUV for up to seven passengers to join the Ateca and the new Arona crossover, which will see its first full marketing year following its release in the final weeks of 2017. In addition, SEAT is also going to debut the Arona fuelled with compressed natural gas, which will extend SEAT’s CNG range currently comprising Mii, Ibiza and Leon.

SEAT’s sales success is having a positive impact on the company’s financial results. In the first nine months of 2017, SEAT achieved an operating profit of 154 million euros, which is 12.3% more than in the same period the previous year.