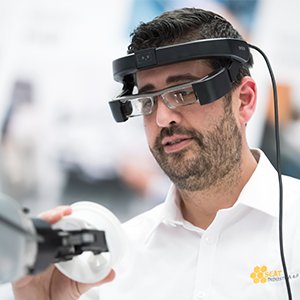 SEAT has introduced a training programme centred on the future challenges facing Industry 4.0. Aimed at all of its 14,000 employees, the Barcelona-based brand has designed a programme to make workers aware of the real meaning of the Industry 4.0 concept in an entertaining, interactive way, as well as the importance of people and their continuous training at the core of what is known as the fourth industrial revolution.

The participants interact with some of the tools and technology that will be widely used in all production processes a few years from now and which are already being implemented, such as virtual reality, collaborative robots, 3D printing and augmented reality, among others.

The training consists in a session taught the CFPA’s Industry 4.0 module, where the participants are given insights into the different production transformations until arriving at the aforementioned fourth industrial revolution.

The session, which has been conceived through experimentation and a museum-based perspective, invites the participants to interact with the contents and explanations, which describe the processes of the new industry and the technologies which will be at the forefront in the near future and how SEAT is introducing them in its industrial activity.

Among these, the company is already applying some, such as smartglasses and autonomous, collaborative robots, in its commitment to making Martorell a benchmark smart factory.

So far, out of the 2,000 employees who have registered for training, already over 1,200 have participated. Once they have completed the course, they can attend roundtable debates to discuss their findings and viewpoints about the industrial paradigm shift.

The initiative promoted by SEAT has been particularly well received by several external organisations and institutions which have also participated in this innovative training programme, including the Automotive Cluster, the Spanish Chamber of Commerce and the German Chamber of Commerce in Berlin.

Xavier Ros, SEAT Vice-President for Human Resources, shared the company’s satisfaction with the success of the training programme. “We have worked to design a programme that is aligned with SEAT’s training and development strategy, based on an innovative method used to explain the industrial transformation in a way that is easy, interactive and digital. SEAT has evolved to make progress towards this new model of industry and respond to the challenges it presents to the automotive sector. People play an essential role in this process, as well as continuous training”. 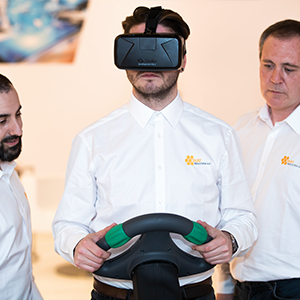 SEAT received the Industry 4.0 special mention to People award from the Catalan Association of Industrial Engineers on last 2nd June in the framework of the second edition of the Industry 4.0 Forum, a meeting that aims to show the Catalan industrial fabric the possibilities offered by the future production processes. In addition, the magazine Human Capital singled out SEAT’s work in the scope of training with a Special Mention to the Training Strategy of the brand.

With this project, SEAT once again highlights its leadership in the field of training, where the company invests four times more per employee than the national average, reaching 16 million euros annually. The company’s role as a reference in the area of training and in preparing its professionals is reflected in the Apprentice School, a centre of excellence in Professional Training that recently celebrated its 60th anniversary, which has been attended by more than 2,600 students.