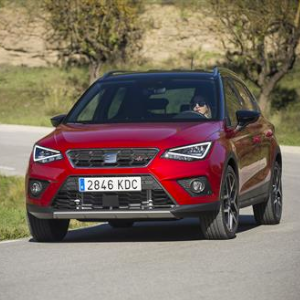 The arrival of the Arona in dealerships during the final weeks of 2017 gave a boost to SEAT’s sales results. In January alone, the brand delivered 4,600 units of the new crossover, which is still in its launch stage.

With these figures, SEAT is starting off its sixth consecutive year of sales growth after closing last year with a 14.6% increase and posting a 45.9% cumulative rise between 2012 and 2017.

According to SEAT Vice-President for Sales and Marketing Wayne Griffiths, “we have kicked off 2018 with an excellent result, the highest sales volume in our history, and are continuing with the same positive trend as 2017. The Ateca gave us solid growth last year and the Arona will lead our sales increase in 2018. Together with the Ibiza and our top-selling model, the Leon, they are the pillars of the brand”.

Griffiths highlighted that “in addition to growing in our key markets, in January we also made progress in the brand’s internationalisation strategy: we have begun selling the new Ibiza in Algeria and we opened our first SEAT dealership in New Zealand”.

SEAT also intensified its internationalisation strategy in January and delivered 2,200 vehicles in Algeria, where the brand is assembling and has begun to sell the fifth generation Ibiza. Algeria became the brand’s fourth market with the highest sales volume at the start of the year. Furthermore, SEAT dropped anchor in New Zealand with the opening of its first dealership in Auckland, and with this move, the carmaker is now present on all five continents.

The brand’s international offensive is progressing in line with the extension of its model line-up. Following the launch of the Ateca, Leon, Ibiza and Arona in the last two years, SEAT is going to continue in 2018 with the addition of a new SUV seating up to seven passengers. In addition, this year SEAT is also going to release the compressed natural gas version of the Arona, which will join the existing gas-fuelled Mii, Ibiza and Leon models.