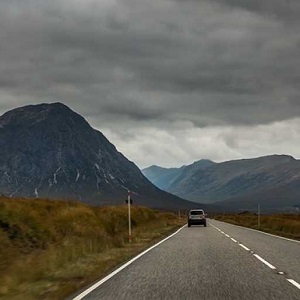 Scotland is aiming to become one of the first countries to achieve a 100% reduction in carbon emissions, according to Climate Change Secretary Roseanna Cunningham.

The new Climate Change Bill sets a target of a 90 per cent reduction by 2050, which the UK Committee on Climate Change (UK CCC) states is currently “at the limit of feasibility.”

The draft Bill sets out that the Scottish Government intends to go further still and achieve a 100% reduction in emissions, known as ‘net-zero’, as soon as possible.

Ministers will be legally required to keep the net-zero target date under review by seeking expert advice on the issue every five years. The target date will become legally-binding, subject to the consent of the Scottish Parliament, as soon as there is sufficient evidence to demonstrate the date is credible and achievable.

“Our Climate Change Bill sets out our commitment to reduce emissions by 100% with ambitious interim targets which strengthen Scotland’s world-leading position on climate change.

“Our 90% target will be tougher even than the 100% goal set by a handful of other countries, because our legislation will set more demanding, legally-binding, annual targets covering every sector of our economy. By 2030, we will cut emissions by two-thirds and, unlike other nations, we will not use carbon offsetting, where other countries are paid to cut emissions for us, to achieve our goal.

“The fight against climate change is a moral responsibility but Scotland’s academic and engineering expertise, coupled with our outstanding natural resources, mean it is also an economic opportunity.

“Climate change is one of the defining challenges of our age and Scotland’s international leadership means our plans must be ambitious, credible and affordable – which is exactly what the new Climate Change Bill delivers.”