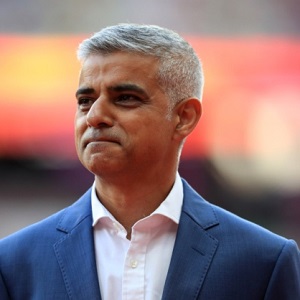 The Mayor of London, Sadiq Khan, has today set out his ambitious vision for London’s environment in 2050, presenting his Environment Strategy to the London Assembly for consideration before final publication in the coming weeks.

The strategy outlines Sadiq’s plans for making the city a greener, cleaner and healthier place by targeting London’s toxic air, increasing its green cover and making London a zero-carbon city by 2050 with energy efficient buildings, clean transport and energy and increasing recycling. All this will boost London’s green spaces, clean up its air, and help safeguard the health and wellbeing of all Londoners.

For the first time, this strategy brings together approaches to every aspect of London’s environment in one integrated document. The publication follows one of City Hall’s largest ever strategy consultations with almost 3,000 Londoners and 370 stakeholders responding to the draft Strategy launched last August.

The final draft of the Mayor’s Environment Strategy includes:

New measures to tackle London’s filthy air, including air quality concentration maps and bringing forward from 2025 to 2020 the introduction of zero-emission zones (ZEZ) in some town centres, in response to the views of businesses and local authorities that these should be delivered sooner to accelerate the roll-out of electric vehicles. Based on Sadiq’s actions to clean up the capital’s air, London is expected to be legally compliant with nitrogen dioxide (NO2) limits by 2025 – the same date as set out in the government’s Air Quality Plan. However, Sadiq wants to achieve legal limits well before this and adopt tighter World Health Organization recommended air quality guidelines. Achieving legal limits earlier is only possible if Government take the supporting action and give the Mayor the additional resources and powers ‎set out in the strategy.

The Mayor of London, Sadiq Khan, said: “I’m delighted that so many Londoners have got involved and given their feedback on the future of London’s environment. In order to protect it for future generations, we must take tough action now – we have already done some fantastic work, but there is lots more to do, and we need all Londoners, and the Government, to play their part.

“This strategy sets out my plans to clean up our filthy air with bold new air quality measures, tackle waste and promote cleaner energy so we can make London a healthier city that adapts to the impacts of climate change. We must also protect, improve and add to our outstanding green spaces as we aim to become the world’s first National Park City.

“By continuing to invest in our environment and work with boroughs and communities, we can improve the health and wellbeing of everyone living in London.”

Sadiq also wants the energy market to work better for Londoners so he is issuing the tender to set up an energy supply company as part of his Energy for Londoners programme. From next week, suppliers will be invited to work innovatively with the Mayor to deliver fairer energy prices to Londoners, supporting fuel poor homes and offering a green tariff.

Alongside exemplary service, the energy company will also be accountable to its customers. Responding to consultation feedback, the Mayor is continuing to keep the option to move to a fully licensed supply company in the future under review.

In addition, the Mayor will fund thousands more trees and improvements to community green spaces, and help London’s boroughs invest in our much-loved parks. Since the start of his Mayoralty he has directly funded the planting of over 70,000 trees, with City Hall partners planting an additional 40,000 in 2016/17 alone. A further £4 million has been committed to support more tree planting.

Since the launch of the Environment Strategy consultation, the Mayor has also established his £9 million Greener City Fund to improve and create new green spaces. To date:

As part of his work to reduce single-use plastic bottles in London, the Mayor has committed to delivering up to 20 new water fountains across the city this year, in busy locations including Carnaby Street and Liverpool Street Station.

“The fact that so many of London’s people and organisations have taken part in the consultation shows just how important the environment is to everyone. Grant schemes, such as the Mayor’s Greener City Fund, which Groundwork London administers, are vital in providing Londoners with the chance to create better open spaces and lead greener, healthier lives. We welcome more Mayoral initiatives like this to come as part of the new Environment Strategy.”

Executive Director of C40 Cities, Mark Watts, said: “Tackling climate change and unleashing the economic, social and health potential of a low carbon future requires radical and urgent action. The London Environment Strategy is setting the standard for just how bold mayors can be in delivering the transformational climate action that humanity needs.

“I congratulate Mayor Khan and the team in London for being amongst the first cities globally to publish a plan set to deliver the highest ambition of the Paris Agreement. London is providing inspiration to cities around the world.”