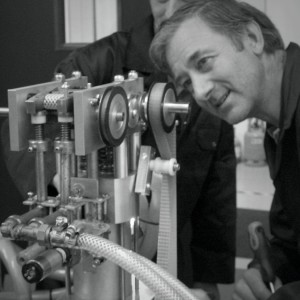 A revolutionary new zero-emission engine could save truck operators thousands of pounds in fuel costs, it has been claimed.

The UK-developed Dearman engine, which runs on liquid nitrogen, will undertake full on-vehicle testing this summer, and provides the power for refrigerated trailer applications.

It could be in production within two years and, with a network of industrial gas plants across the UK already producing liquid nitrogen, there is no infrastructure barrier.

The cutting-edge engine completed its ‘shakedown’ testing milestone at the end of 2013 at Imperial College, London, and is moving into a three-month programme of tests and performance mapping.

It remains on track for integration and installation on a vehicle by the Motor Industry Research Association (MIRA) in the first half of this year.

Chris Reeves, Commercial Manager for Future Transport Technologies and Intelligent Mobility at MIRA, said: “MIRA is proud to lead a project delivering the world’s first demonstration of a liquid air engine in a commercial vehicle.

“Liquid air is an exciting new energy vector and has the potential to make a major contribution to the low carbon challenge facing the transport sector.”

The adoption of liquid air technologies in heavy-duty vehicles could reduce the UK’s diesel consumption by 1.3billion litres by 2025, with carbon emission cuts of a million tonnes.

A major new report due in March, Liquid air on the commercial highway, identifies the roll-out of liquid air vehicles could be fuelled entirely from existing spare industrial gas plant production capacity until at least 2019.

The engine is the brainchild of British garage-inventor Peter Dearman, and developed in partnership with top UK engineering consultancy Ricardo and a number of leading UK universities.