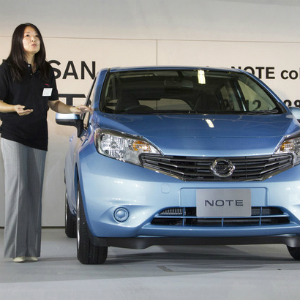 As it kicks off the Women’s Forum 2016, the Renault-Nissan Alliance confirms its ongoing commitment to gender equality, which resulted in major advancements for women at both Renault and Nissan during the past year.

“Our commitment to gender equality serves our business’s competitiveness as we focus on attracting the best talent around the world,” Alliance Chairman and CEO Carlos Ghosn said. “We have taken important steps to promote equality at all levels of the Alliance. While we are proud to have one of the industry’s best track records to date, more needs to be done and we remain fully engaged.”

The percentage of women employees at Renault, headquartered in France, and Japan-based Nissan has increased considerably since last year, particularly in manager-level positions.

In 2016, the Alliance and several of its female executives received a significant number of awards, including:

Renault and Nissan provide an update on gender progress and equality every year in advance of the Women’s Forum for the Economy and Society. This year’s conference takes place Nov. 30 to Dec. 2 in Deauville, France. The annual gathering, which the Alliance has supported since 2006, aims to level the playing field for women in industry academia, politics and society.

The Alliance sends 50 top-performing women from around the world to the conference. This year, the Alliance will sponsor a special session titled, “Reaching to the Top,” for its delegates.