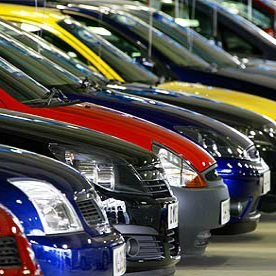 The falling value of the pound is likely to see monthly PCP new car payments rise in 2017, predicts Glass’s.

The vehicle data specialist says that manufacturers importing their vehicles into the UK will need to recoup margins somewhere and that PCP payments are the least unpalatable choice.

Rupert Pontin, director of valuations, explained: “The pound fell in value by about 20% against the euro following the BREXIT referendum and has not really recovered to any great extent, nor is there any reason to think that it will do so in the medium term.

“This places considerable pressure on the profit margins being seen by many manufacturers who import cars from Europe into the UK. While they will probably be hedged for a certain period of time, the exchange rate shift will start to bite at some point soon.

“Somehow, they’ll need to recoup additional cash. There are several options open to them, such as increasing the list price of cars or charging dealers more for them, and we will perhaps see these taking effect to a greater or lesser extent in the next few months.

“However, probably the most likely outcome is that the heavily subsidised PCP payments that we have seen power the new car sector in recent years will start to increase. This will impact on deposits, monthly payments, interest rates and even the lengths of the PCPs themselves.”

Rupert expects these increases to only have a small negative effect on the new market in 2017 and Glass’s maintain a reasonably optimistic outlook.

“However, added to this must be the caveat that this year has been one of several unexpected economic shocks and the way they play out in the future – and whether any more occur – is hard to predict.”