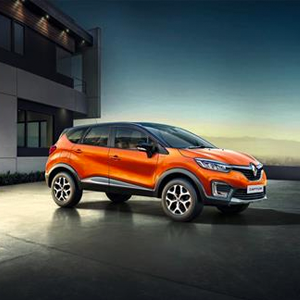 The list of countries where Renault’s successful SUV is marketed has been extended to include India. Based on the group’s B0 platform, Captur was designed and developed by an international technical team which was tasked with proposing a versatile vehicle featuring a bespoke styling/equipment-specification package for the Indian market. Captur production is already under way in Chennai plant.

Over the last five years, Renault has taken significant measures to promote its growth in India through the way it is structured locally, its sales network and its model range. Thanks to this work, it has emerged as one of the fastest-growing automobile brands in India and Renault Captur’s launch marks a new phase in this strong product strategy.

Mr. Sumit Sawhney, CEO and Managing Director, Renault India Operations said: “Our growth strategy hinges strongly on launching products that cater to the volume and expanding segments of the Indian automotive industry, representing evolving customer preferences. Over the last few years, SUV sales have increased exponentially, making it the fastest growing segment in our country. Renault Captur will further strengthen our position in the highly buoyant SUV market and will set new benchmarks with its unique styling and unmatched road manners.”

Within a few years, Renault’s footing in India has gained significant ground in just a short period of time to become the country’s number one European brand. The launch of Renault Captur will be backed an expansion of the network’s coverage. In May 2011, the number of Renault sales outlets stood at just 14, yet the figure now exceeds 300 and is poised to rise further still before the end of 2017.