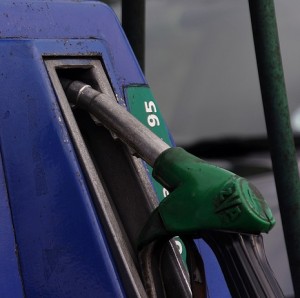 The automotive industry has reacted to the Chancellor of the Exchequer’s confirmation that fuel duty will be frozen next year and the tax disc scrapped.

It is claimed that George Osborne’s scrapping of the planned 2p-a-litre rise will save the industry £186million.

Meanwhile, experts predict removing the tax disc will save the government £3million a year and the fleet industry around £10million a year.

However, not everybody is pleased with the news.

Below are the thoughts of several key industry players.

‘Major victory for the Association’

Gerry Keaney, Chief Executive of the BVRLA, said: “It is great that the Red Tape Challenge we participated in is continuing to bring results.

“We estimate that removing this pointless piece of paper would save the government around £3million a year, and save fleet operators £10million as well.”

‘Not the whole story’

Jason Cross, Managing Director of FAB Recycling, said: “As a company that is built around the motor industry, we welcome anything that enables the British driver to stay on the road.

“However, the freezing of petrol prices is not the whole story: insurance costs have steadied but excesses have risen sharply over the past two years and many people dread having a bump or a scrape on their cars because it means having to fork out for very expensive new car parts.”

‘Good but not good enough’

“Whilst FTA is delighted with the Chancellor’s confirmation that fuel duty will be frozen next year, we would have liked more, with a cut in fuel prices rather than just a freeze.

“As with all government announcements the devil is in the detail, and we would have liked the Chancellor to commit to making vehicle excise duty stable.”

Tim Bowden, Head of Operations at Hitachi Capital Car Solutions, said: “The abolition of the physical tax disc is great news and it is long overdue as the police already have the technology to see if a car has been taxed.

“This new approach means both us and our customers can look forward to efficiency gains as we will no longer have to post out new tax discs and follow up to ensure the discs are being displayed.

“Furthermore, the announcement that the planned fuel duty rise of 2p next year has been scrapped is welcome news.

“Fleets are very conscious of costs and fuel forms a large part of this so it’s a sensible option to help motorists at what is still a difficult time.”

‘A red herring and token gesture’

Lucy Burnford, of Motoriety.co.uk, said: “Cancelling planned fuel duty rises looks like a sweetener in the face of persistently high prices at the pumps – but really it’s a red herring.

“A decrease in fuel duty would be a real win for motorists. “The freeze is merely a token gesture because the effect will be a drop in the ocean when it comes to the overall cost of keeping a car on the road.

“The average motorist must budget £2,746 per year, plus tax and insurance, which can be a massive strain on already cash-strapped households. “The government needs to recognise that more cost-cutting measures are needed to alleviate financial pressure on consumers and businesses who rely on their vehicles.

“Plans such as the one to install petrol price comparison signs along major routes simply don’t go far enough.”

‘The recovery can continue’

“The economy is showing signs of recovery but it is important the government doesn’t put too much pressure on businesses’ costs to ensure the recovery can continue.”

‘Disappointed…more could have been done’

Jack Semple, Director of Policy at the RHA, said: “UK fuel duty is still by far the highest in the EU, adding costs to businesses and to everything we buy, quite apart from the burden on UK hauliers.

“The RHA has been lobbying long and hard, along with FairFuelUK, to head off any duty increases.

“Of course we welcome today’s freeze, but we consider that more could have been done.

“FairFuelUK’s sustained campaign, backed by the Road Haulage Association, has already seen duty held back by 13p a litre, compared with the course set by the Treasury in spring 2010.

“Hauliers remain under intense pressure on costs and the cumulative impact of the past five years on the road haulage community, for hauliers and their drivers, has been severe.

“Demand for road haulage services is still well below 2007/8 levels.

“Hauliers must be able to reinvest in their businesses with modern vehicles – a reduction in fuel duty today would have meant they would have been more able to afford to do so.”

‘A step in the right direction but still not enough’

Neil Addley, Managing Director of Trusted Dealers, said: “As expected, the statement hasn’t told us anything we didn’t already know.

“Osborne has kept to his earlier promise of freezing fuel duty until 2015, which goes some way towards supporting motorists, but does not tackle the already vastly inflated prices we are forced to pay at the pump in order to keep our vehicles on the road.

“We commissioned a survey prior to the Statement which showed an overwhelming majority of the UK population (79.9%) would choose a cut in duty on fuel over any other tax costs including alcohol (8%) and cigarettes (6.8%).

“Coupled with research which shows 64% of SMEs said a significant cut in fuel duty would help increase their profits, and one in ten having to make staff redundant because of sky-high fuel costs, I fail to understand just how Mr Osborne can claim he is still doing everything he can to aid UK business in achieving economic recovery.

“I feel Osborne’s statement that ‘where we can afford to help hardworking families, we will continue to do so’ misses the point when the cost of fuel impinges on what is often a vital lifeline for individuals, particularly the poorest, erodes business margins and weakens national competitiveness with European countries, most of whom have a far lower fuel duty rate.”