The global car industry has set ambitious goals to reduce CO2 in the 2030s and demand for EV batteries is growing at an enormous speed. While manufacturers and countries are trying to find soluFFtions to the rare minerals shortage problem, decreasing supplies could have a long-term impact on electric transportation and fleet strategies. 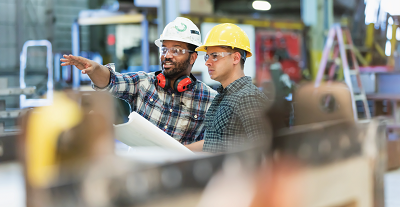 The main reason for the scarcity of raw materials is the low number of suppliers. China accounts for 75% of all battery production globally and for almost 80% of the refining capacity for rare minerals for EV production.

The dominance of China won’t provide a solution to the increasing demand. According to the International Energy Agency, the number of EVs will reach 56 million units by 2050. In the same year, the amount of total material required (TMR) for lithium-ion batteries (LIBs) will rise to 2,000 million tons, 35 times the amount needed in 2015.

What minerals are most crucial for EV production?

One of the crucial components for EV production is cobalt, of which 100,000 tonnes are produced each year. This amount will double by 2030, while the demand for LIBs will surge to 5.9 terawatt-hours in the same year.

The Democratic Republic of Congo and Chile are the main producers of cobalt and lithium, as Congo supplies 68% of the cobalt used in the EU and Chile accounts for 78% of the lithium imports of the EU.

What will be the impact on EV battery production and electric transportation?

The raw material shortage has increasingly come to the surface in recent months. In mid-June, Volvo and Audi had to stop production for a week due to a shortage of materials in their factories in Ghent and Brussels respectively.

According to the European Association of Automotive Suppliers (CLEPA), difficulty in providing materials for semiconductor production delayed the manufacturing process of around half a million vehicles worldwide.

Semiconductor components are also mainly supplied from Asia. A recent analysis showed that the semiconductor shortage will result in a deficit of 3.9 million vehicles and 110 billion dollars in revenue globally.

Supplying critical ingredients like cobalt, lithium and nickel from China, Congo and Chile will not be enough to meet demand as prices are likely to soar. If the nickel prices reach 50,000 dollars per tonne, the cost of an average EV could increase by 1,500 dollars.

How can these obstacles be overcome?

China, which produces 7% and 37% of global cobalt and lithium supplies respectively, has 136 individual battery factories (gigafactories) as of 2020, which is more than 13 times the number of the US.

Mining operations are another big obstacle. The US has only one lithium mine producing 5,000 tonnes a year, accounting for less than 2% of the global supply. On the other hand, by 2030 the EU will be needing 18 times more lithium and five times more cobalt than the current requirements. Eventually, the EV industry is embracing outsourcing and innovation to solve the raw material shortage.

The US is increasing collaboration with Canada to supply battery minerals, while planning to enhance domestic mining operations of lithium, cobalt, nickel and graphite. Besides Canada, countries including Sweden, Norway, Australia and Brazil will take a bigger part in producing raw materials.

Manufacturers are also taking steps to overcome the supply crisis. General Motors made the first move among US car giants to extract lithium offshore of California and expects to start production in 2024. EV giant Tesla will start mining lithium in Nevada for future battery production.

A more innovative approach to face the raw material shortage has been put forward by companies like Redwood Materials, which doesn’t rely on mining but recycles lithium, nickel and cobalt from salvaged cars to produce EV batteries.

Solid-state batteries may also offer an alternative to LIBs in the long-term. Solid-state batteries can be produced on the same production lines as LIBs with minimum material replacement. On the other hand, large-scale adoption of the technology requires huge investments and the technology is first expected to emerge in specific areas like military drones or luxury sports cars.

What does this shortage mean for fleets and fleet customers?

The scarcity of raw materials and semiconductors is shifting the supply and production policies of car manufacturers. Temporary delays in production lines are having a significant impact on the strategies of fleet managers due to increased delivery times. For some cars and new vans, delivery times increased between three to six months.

Mineral shortages also increased the prices of some cars remarkably. Tesla has increased the price of many of its models in recent months, citing “major supply chain price pressure.” While the company managed to meet production expectations in the second quarter, deliveries of more expensive Model S and X decreased and represented only 1% of the models manufactured.

The most critical step for fleet managers will be to prepare a plan according to changes in vehicle production and prices. Setting up a precise amount of investment for a particular period will be crucial in determining the number of EV cars in a fleet and the variations offered to customers.